If you’re tired of seeing two-dimensional portrayals of military veterans on television, then you should be really fucking excited for... 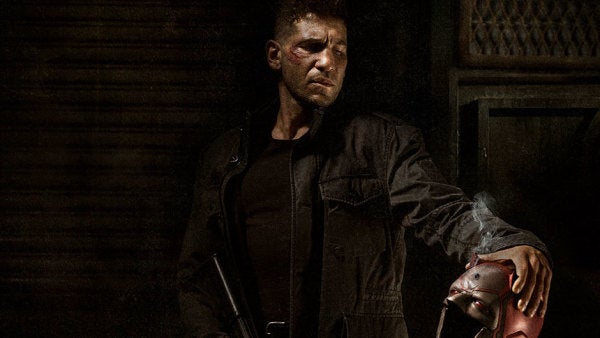 If you’re tired of seeing two-dimensional portrayals of military veterans on television, then you should be really fucking excited for the upcoming series “The Punisher,” by Netflix and Marvel. A spinoff of “Daredevil,” which follows Matt Murdock, a blind lawyer by day and acrobatic vigilante by night, the new franchise centers around Marvel’s Frank Castle, aka The Punisher, played by Jon Bernthal.

In the series, Frank Castle is a former Force Reconnaissance Marine and veteran of the wars in Iraq and Afghanistan. After the violent murder of his family, Castle dons his signature black tee emblazoned with a white skull and brings vengeance to criminals outside the reach of the law, acting as judge, jury, and executioner.

In addition to Bernthal’s return as Castle — now rocking an operator beard and long hair — the upcoming series will feature another military veteran as a principal character, and likely, a key antagonist. Billy Russo, to be played by Ben Barnes, is best known by his villainous moniker “Jigsaw.” Once fast friends from their time in the Marines, the two become mortal enemies after Russo plays a role in the botched mob hit that kills Castle’s family. Russo takes on his nom de guerre after Castle violently disfigures him.

The casting of Barnes as Jigsaw also opens the door for flashbacks to Castle’s time in the Marines, which would be great since his military service has been firmly established as central to his character.

Castle has always had strong ties to the military, but in recent years, they’ve become more integral to the character’s identity, both in the comics and in “Daredevil.” The show took some meaningful steps to address issues and themes common in the veteran and military sphere, culminating in a heated debate over whether or not Castle should cite post-traumatic stress disorder as the cause of his bloody war against the crime syndicates running New York’s Hell’s Kitchen.

Sometimes in television, a character’s military service is referenced to justify a certain action or trait, their skill with firearms, an injury, or the like. This can make their veteran status feel more like an addendum to the character than something integral to his or her identity — not so with “Daredevil,” and since “The Punisher” is a spinoff, it’s likely that his backstory, as it's been established, will remain unchanged.

Production has just started, and the series is expected to air sometime in 2017.