Erling Kindem, a World War II veteran whose friendship with a local boy went viral after a local TV news... 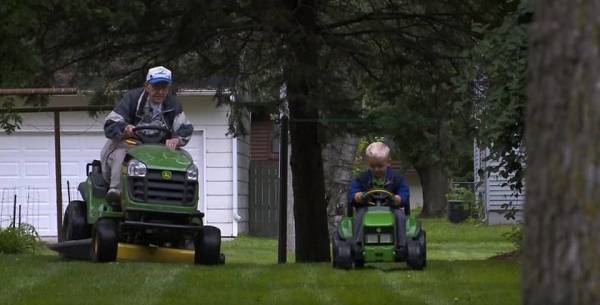 Erling Kindem, a World War II veteran whose friendship with a local boy went viral after a local TV news station aired a story about the pair, died Saturday.

Kindem, 91, died at the senior care facility in Farmington where he lived, according to KARE-11 TV.

KARE 11’s Boyd Huppert and Jonathan Malat produced a popular series of stories about Erling and his pre-school neighbor Emmett Rychner over the past few years. “They kind of bonded over the tomatoes in his garden,” Emmett’s mom told KARE 11. “Because Emmett loves tomatoes.”

The original news story about the friendship between Erling and Emmett — along with two follow-ups — have been seen “tens of millions” of times, according to Huppert. The original video quickly went viral thanks to social media, a national airing on NBC and aggregator websites that posted links to the video.

Their friendship continued, reuniting for birthdays and play dates, even after Emmett and his family moved away and Erling moved to a retirement community.

In an interview with the Pioneer Press in 2015, Huppert said the story started with an email from a grandmother about her grandson. Huppert and Malat needed something quick to turn around before the Fourth of July holiday.

“We could’ve so easily passed on it,” Huppert told the Pioneer Press. “In some ways the simplicity of it is the beauty of it.”

Huppert said he never expected the immense reaction it received from the moment it aired.

Related: ‘Beyond The Call’ Captures An Airman’s Heroic Covert Mission To Rescue POWs During WWII »

“I think a lot of us remember special relationships that we’ve had in our lives with an older person — a grandfather, uncle or neighbor,” he said. “I think it connects on that level. I keep hearing from people — it’s just pure goodness and you can’t say that about many things these days. Relationships can really touch people. They seem to be the stories that do best.”