This Vet Overcame His PTSD By Hiking 12 US National Parks

When former U.S. Army soldier J.T. Ibanez returned home from Iraq in 2004, just going to the grocery store was... 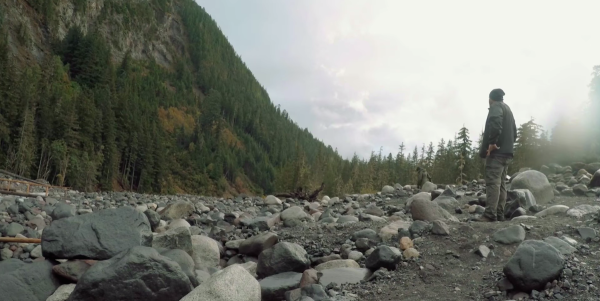 When former U.S. Army soldier J.T. Ibanez returned home from Iraq in 2004, just going to the grocery store was a challenge. He’d intentionally do his shopping in the morning or early afternoon when there were fewer people around.

“The more people I was around, the more anxious I’d get. I became hyper-aware I guess you could say. So I’d avoid situations that might trigger any negative thoughts or emotions,” said Ibanez. “I’d tend to stay at home as much as possible.”

In 2000, the St. Louis native enlisted in the U.S. Army, spending four years in the 82nd Airborne in Fort Bragg, North Carolina. Then, in 2003, he was deployed to Iraq for a year. When Ibanez returned, he was diagnosed with post-traumatic stress disorder.

In order to help cope with his PTSD, Ibanez began researching how other veterans handle their mental health issues. He discovered a lot of veterans would get out and explore the national parks. After learning about the National Parks Service’s 100th anniversary, he decided to grab his camera, get out of the house, and embark on a 25-day, 7,200-mile adventure from coast to coast with a friend. “I put myself in the situation of getting out of my comfort zone and hopefully challenge myself along the way,” said Ibanez.

Starting in Virginia and ending in California, the Army vet visited and filmed 12 national parks including Shenandoah National Park, Lincoln Memorial, Yellowstone, Redwood National Park and Carlsbad Caverns in New Mexico, where he overcame his biggest challenge: a 1.2-mile downhill hike into a cold, massive cave. Although there is an elevator, Ibanez decided to push himself and walk the whole way back through the steep cave.

Check out more on his short documentary, “A Veteran and his Camera,” below.