UNSUNG HEROES: The Airman Who Gave His Life During The Initial Invasion Of Afghanistan

For this week’s Unsung Heroes piece, we honor Tech Sgt. John Chapman, who died heroically more than 12 years ago... 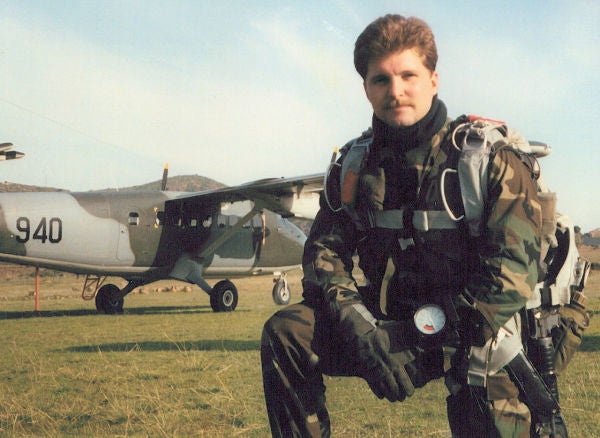 For this week’s Unsung Heroes piece, we honor Tech Sgt. John Chapman, who died heroically more than 12 years ago during the initial invasion of Afghanistan.

Chapman was killed in action March 2002. He was among the first casualties of the war in Afghanistan, and was a member of Operation Anaconda, the mission to unseat the Taliban and al Qaeda operatives from Afghanistan.

Chapman, a member of Air Force’s elite 24th Special Tactics Squadron, was operating in the highlands of eastern Afghanistan, when a Navy SEAL fell out of an aircraft he was operating in when it was struck by enemy fire, according to official military documents.

The aircraft, a CH-47 Chinook, landed to search for the SEAL. Once on the ground, Chapman directed air support from an AC-130 gunship.

“Without regard for his own life Sergeant Chapman volunteered to rescue his missing team member from an enemy strong hold,” his award citation reads. “Shortly after insertion, the team made contact with the enemy.”

He pressed forward to another enemy position, this one a dug-in machine-gun nest, where he immediately received fire from three different positions.

“From close range he exchanged fire with the enemy from minimum personal cover until he succumbed to multiple wounds,” the citation reads. “His engagement and destruction of the first enemy position and advancement on the second position enabled his team to move to cover and break enemy contact.”

The Navy SEAL team leader on the mission personally credits Chapman with saving the life of the entire rescue team.

For his actions that day, Chapman was awarded the Air Force Cross medal.

The Air Force Cross medal is second only to the Medal of Honor for valor and gallantry in combat. Just five men have received it since Sept. 11, 2001.