UNSUNG HEROES: The Guardsman Who Gave His Life For His Children On Memorial Day 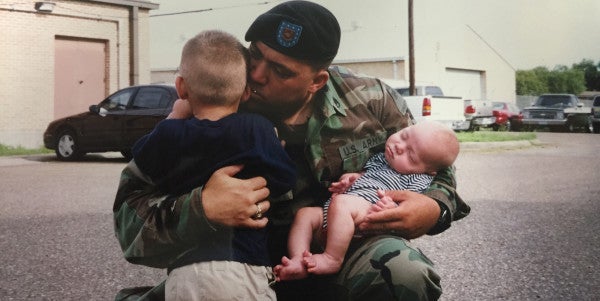 In a moment of downtime during his 2004–2005 deployment, Sgt. 1st Class Joseph Ros asked his friend why he was in Iraq. “Before I could answer, Joe said he was here because it was historical and it was something he wanted to be able to share with his children when they asked about this war,” retired Sgt. Guadalupe Martinez, Jr. told the Texas Army National Guard’s 176th Engineer Brigade in a news release following Ros’ tragic death last month.

More than a decade after this conversation, Ros decided to celebrate Memorial Day by taking his family to Texas’ Matagorda Beach. When three of his children and another child were swept under by a strong riptide, Ros and another rescuer hurried into the water to pull them to safety, reported the Army Times.

Ros and his fellow rescuer reached the children and brought them closer to shore, handing them off to two more rescuers, according to a press release from the sheriff’s office. But by the time the children were safely ashore, Ros had become overwhelmed by the same riptide.

More rescuers arrived on the scene to retrieve Ros and perform CPR, but he did not survive.

Just days before he died, Ros volunteered to return to full-time duty with the 386th Engineer Battalion of the 176th Engineer Brigade to help coordinate the Guard’s engineer response to record rainfall and flooding in Texas that has killed 23 people. “That’s just the way he was, always wanted to help people,” Staff Sgt Nelson M. Zepeda, a construction operations sergeant with the 272nd Engineer Company, told the 176th.

Of all the people he wanted to help after the Texas floods, none were more important to him than his family. “He loved his wife, three boys and little girl so much; nothing was going to come between his love for them,” Zepeda said.

When he wasn’t in uniform with the Guard, Zepeda worked in education, first as a special education teacher, later a middle school principal, and finally in his current position of director of maintenance and transportation in the Van Vleck Independent School District. On the day of Ros’ funeral, the district dismissed students and faculty early so they could pay their respects.