So you chugged a beer? That’s cute. Men drank like fish during the early 19th century, with the average American adult... 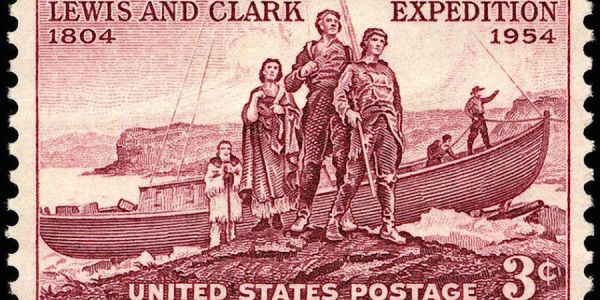 So you chugged a beer? That’s cute.

Men drank like fish during the early 19th century, with the average American adult guzzling nearly six and a half gallons of pure alcohol each year. A typical Virginia farmer would often down a glass of rum for breakfast, with the day only getting worse from then on.

With that in mind, Meriwether Lewis was a product of his time. Lewis, who along with his partner, Capt. William Clark, led the legendary Lewis and Clark expedition to chart the American Northwest, accepted a commission in the U.S. Army in 1795. The Army of that era was plagued with every depravity imaginable. Alcohol was among the least of the Army’s woes in that era, as idle soldiers occupied their time with gambling and womanizing.

But perhaps the worst vice of that time was dueling — technically illegal by Army regulations, but widely condoned. Gen. Anthony Wayne, commander of the Legion of the United States, even tacitly encouraged soldiers to settle their disputes with duels, as it involved less paperwork than a court martial.

Wayne was hardly amused when as a lieutenant, Lewis was brought before him on charges of challenging a fellow lieutenant to a duel in the summer of 1795. According to official documents, Lewis “abruptly, and in an ungentleman like manner, when intoxicated” challenged another lieutenant to a political debate, which quickly escalated into a request for a duel.

To Wayne’s chagrin, Lewis’ opponent decided to follow the letter of the law, and rather than accepting the duel, had Lewis brought up on charges. Lewis’ week-long trial proved to be a headache for Wayne, who later wrote of the affair, “fondly hopes, as this is the first, that it also may be the last instance … of convening a Court for a trial of this nature.”

Though Lewis was acquitted of the offense, Wayne could not continue to keep the two officers in the same unit. Wayne transferred the young Lewis to the Chosen Rifle Company, commanded by none other than William Clark. Thus, one of the most legendary command teams in U.S. military history — Lewis and Clark — was formed. And it all started with a night of drinking.

As years passed, Lewis eventually served as an aide for Thomas Jefferson, whom he had known during his time in Virginia. When Jefferson decided to send a military expedition to chart the Missouri River, he selected Lewis as its head. Lewis, in turn, selected his former commander, Clark, not as a subordinate, but as a partner.

As it turns out, the newly formed Corps of Discovery shared Lewis’ weakness for drink. When the Corps departed from St. Louis, Missouri, they carried with them over 120 gallons of whiskey.

The whiskey lasted barely a year, with the Corps finishing off the last drop on July 4, 1804, near present-day Great Falls, Montana.

These and other stories about the Corps of Discovery can be found in Stephen Ambrose’s “Undaunted Courage: Meriwether Lewis, Thomas Jefferson, and the Opening of the American West.”