Before military working dogs became a staple of both deployed life and military and veterans culture, there was Sgt. Stubby.... 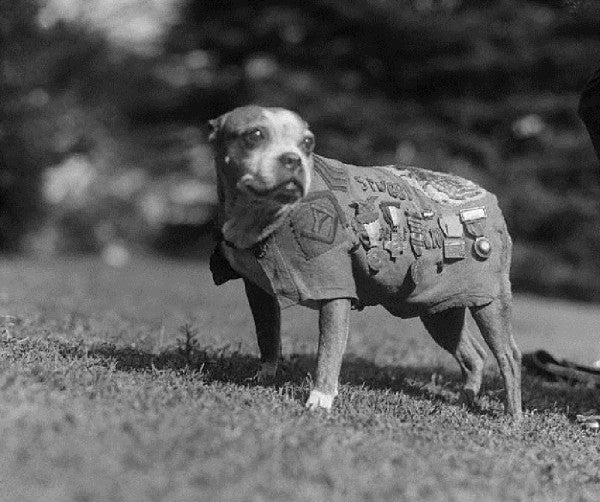 Before military working dogs became a staple of both deployed life and military and veterans culture, there was Sgt. Stubby. The four-legged trailblazer earned fame for his battlefield heroism while attached to the Army’s 102nd Infantry Regiment, 26th (Yankee) Division, during World War I. A stray at the time, Stubby met his best friend and handler, Cpl. Robert Conroy, during training in Virginia. Smuggling Stubby aboard the SS Minnesota in October 1917, the two set sail for France.