"Following are some very quick and informal thoughts on how events before, during and after an effort to overthrow the regime in Baghdad could unravel if we're not careful, intersecting to create a 'perfect storm' for American interests." 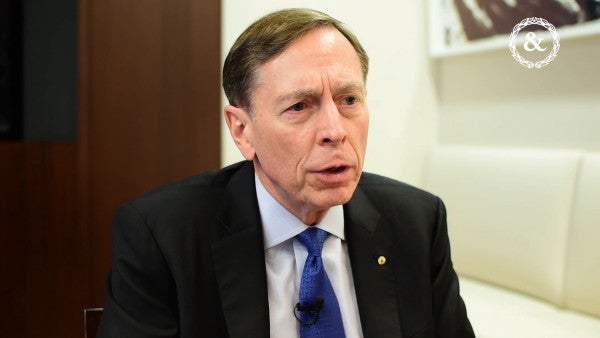 As the anniversary of the war in Iraq approaches, it's difficult to remember the sense of euphoria leading up to the March 2003 invasion.

Having just crushed the Taliban — seemingly forever — the United States was poised to liberate Iraq and drop a democracy in the heart of the Middle East, and that would prove to be a death blow to Al Qaeda.

One person who did not get swept up in the tide of enthusiasm was William Burns, then serving as assistant secretary of state for near eastern affairs, who wrote a July 2002 memo that proved prescient on many levels.

“Following are some very quick and informal thoughts on how events before, during and after an effort to overthrow the regime in Baghdad could unravel if we're not careful, intersecting to create a 'perfect storm' for American interests,” Burns wrote to then Secretary of State Colin Powell in the memo.

First brought to light by Knight Ridder reporters Jonathan Landay and Warren Strobel in July 2003, Burns' memo predicted many of the disasters that followed the U.S.-led invasion of Iraq and advocated for a much longer presence of U.S. troops than anyone in Washington, D.C. was publicly advocating for at the time.

Now with the Wall Street Journal, Strobel reported on Wednesday that Burns' memo has been publicly released to coincide with the publication of his book “The Back Channel: A Memoir of American Diplomacy and the Case for Its Renewal.”

In his memo, Burns laid out a series of potential catastrophes that could occur in the run-up to, during, and following a U.S.-led invasion of Iraq. Some of his scenarios did not happen, such as Saddam Hussein using chemical weapons against Israel and the burning Iraqi oil wells.

But other warnings proved to be right on target, including:

“I don't mean to be pessimistic, because I really do believe that if we do it right this could be a tremendous boon to the future of the region, and to U.S. national security interests,” Burns wrote. “But we should have no illusion that it will be quick or easy.”

Burns predicted that U.S. troops would have to stay for, “Five years – maybe four if we're lucky, ten if we're not.”

The Iraq war has lasted 16 years so far.

CORRECTION: This story was corrected on March 14 to reflect that William Burns was serving as assistant secretary of state for near eastern affairs in 2002.