The spirit of Thanksgiving has been alive and well in the U.S. military for over a century. 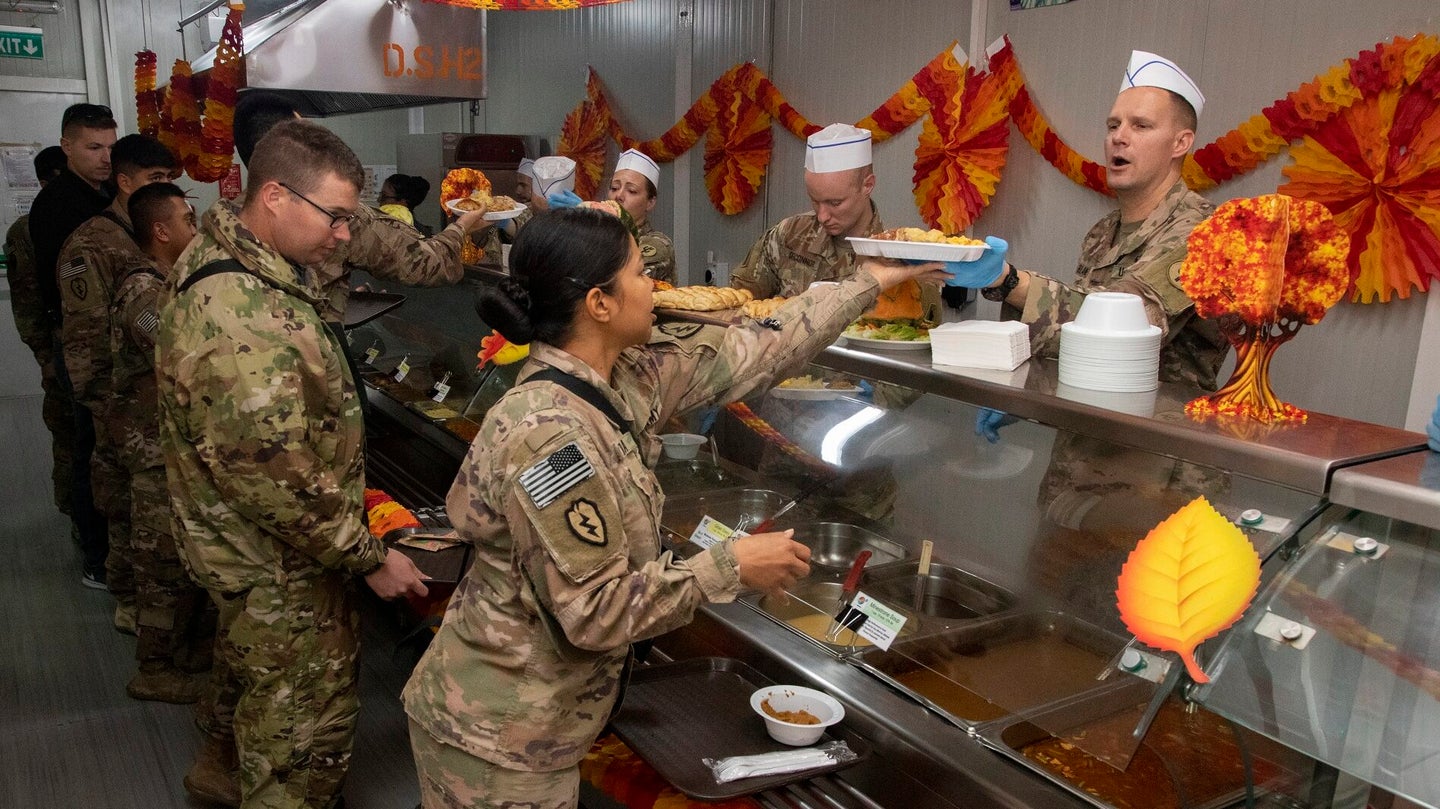 Editor’s note: This article was originally published in November 2016

One hundred and fifty-nineThanksgivings. That’s how many our country has celebrated since the holiday’s national recognition. During that time, our armed forces have fought in numerous wars and conflicts, and many service members have spent Thanksgiving Day deployed in foreign countries or behind enemy lines.

And despite huge nutritional and logistical challenges, the spirit of Thanksgiving has been alive and well in the armed forces for over a century.

Here are seven things you probably didn’t know about Thanksgiving and the military:

1. The first nationally recognized Thanksgiving wasn’t observed by the military

2. Abraham Lincoln is kind of responsible for Black Friday

4. Americans were guilt-tripped into rationing

During World War I, rations for “doughboys” were greatly improved. A greater and fresher array of food was made available, even to troops serving on the front lines. Camps provided a hot turkey dinner for their service members.

Despite this, citizens at home were instructed by the government to “Eat less wheat, meat, fats, sugar. Send more to Europe or they will starve.”

World War II presented a hugely intricate logistics challenge in supplying our troops with food. During this time, soldiers subsisted largely on canned goods, dried fruit, and powdered eggs. But for Thanksgiving, the supply chain went to extraordinary lengths by transporting over 1.6 tons of turkey to ensure the troops ate a traditional hot dinner.

By the time the Vietnam War rolled around, advances in food preservation and transportation made it possible for the majority of soldiers to eat two hot meals per day. To serve the traditional Thanksgiving meal, soldiers were rotated off the front lines.

The amount of food being prepared necessitated standardized guidelines, which gave birth to the Armed Forces Recipe Service in 1968, which means we get chili mac today.

The present-day Army, Navy, Air Force, and Marine Corps create individual Thanksgiving menus for their forces. But the recipes are standardized by the U.S. Army Natick Soldier Systems Center, aka USSC. USSC food technologists have created over 1,500 standardized recipes, including ones for a traditional Thanksgiving dinner. (Roast turkey can be found under L-161-00.)

This means that our deployed troops will enjoy a dinner like they would at home, with I-013-00, aka pumpkin pie, included.