World War I Started On This Day In 1914. This Animated Map Shows How The Conflict Swept The Globe

World War I started on July 28, 1914, just a month after Austro-Hungarian Archduke Franz Ferdinand and his wife were gunned... 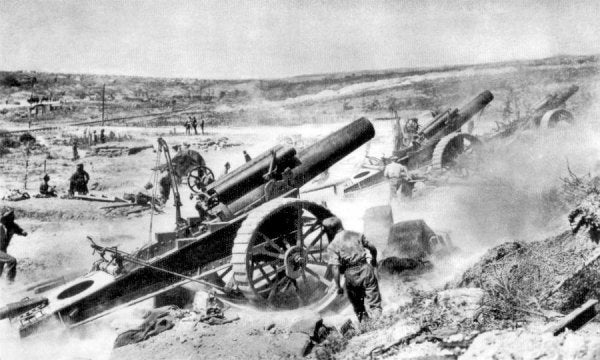 World War I started on July 28, 1914, just a month after Austro-Hungarian Archduke Franz Ferdinand and his wife were gunned down on the streets of Sarajevo, Bosnia, by a Serbian nationalist.

The assassination and the subsequent political and military upheavals led to the outbreak of war, which would eventually roil much of the globe.

Three bloody years later, the US would be drawn into the conflict on the side of the Allies, declaring war on the Central Powers on April 6, 1917.

Though the war was sparked by regional tensions, a web of entangling defensive alliances quickly pulled in almost the entire world and hastened the end of the European empires.

In May 2014, Reddit user Srirachachacha shared this map showing how the conflict spread across the world, distinguishing between Allied and Central Powers and their colonies, dominions, and territories.

By the time the war ended, the Russian, Ottoman, Austro-Hungarian, and Prussian Empires had collapsed. The war claimed over 37 million lives, and large swathes of Europe were in ruin.

A little more than two decades later — with the memories of World War I and its resolution still fresh — the world would be on the brink of World War II.