It was the largest single flight of C-17s to date. 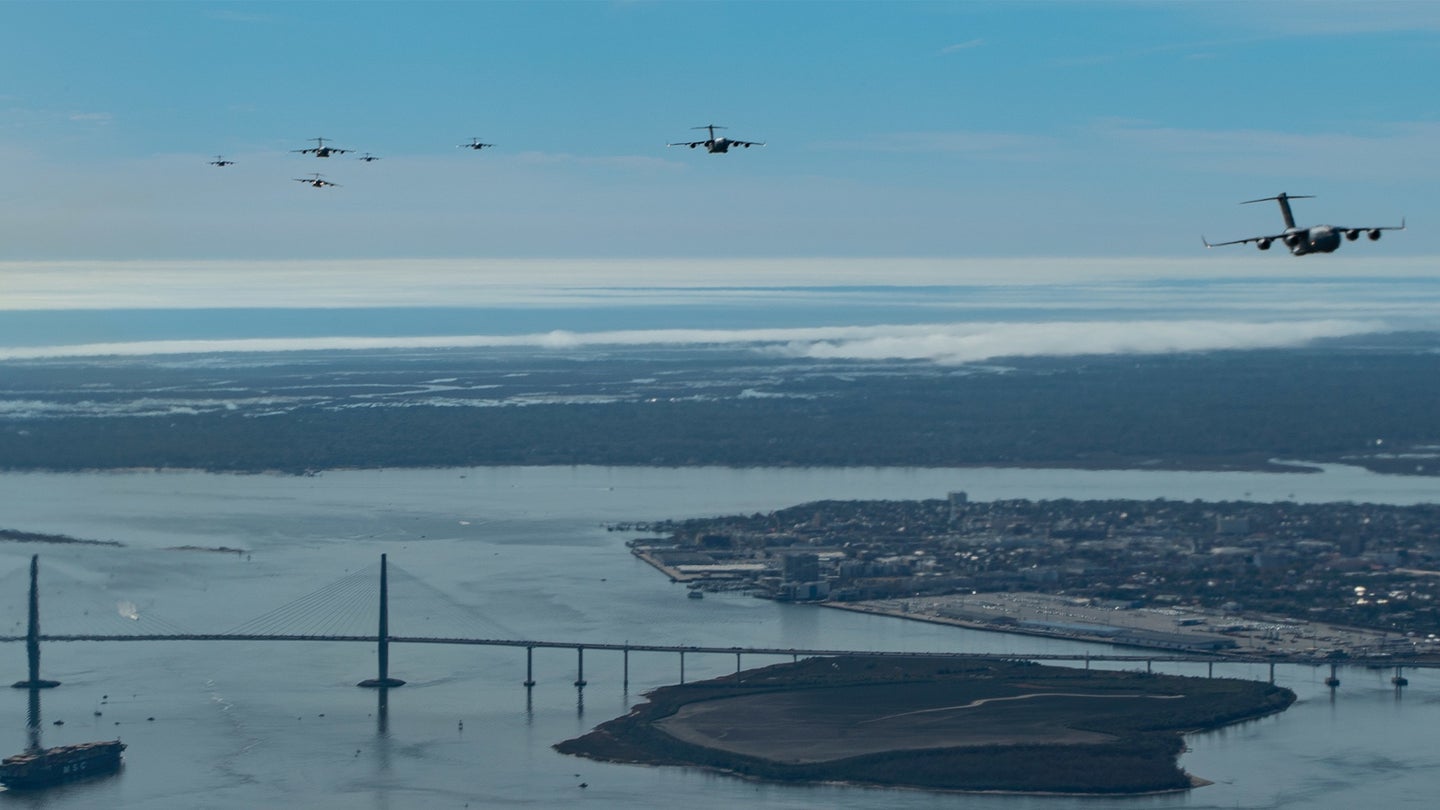 The C-17 Globemaster III transport jet is an incredibly versatile aircraft. It can serve as an airborne hospital for aeromedical evacuation, it can drop bombs and it can, of course, haul a lot of cargo. Whether it’s a M1 Abrams tank, a helicopter, or more than 100 troops. And last week the Air Force launched 24 of them at once. That’s enough to carry 4.1 million pounds of cargo or 2,448 paratroopers. And it’s around 3,300 tons of aircraft taking off in just a matter of minutes.

The operation — the largest flight of C-17s to date — took place on Jan. 5 at Joint Base Charleston, with aircraft from the 437th Airlift Wing and the Air Force Reserve 315th Airlift Wing. The C-17s took off at 30-second intervals, with one minute in between each series of four aircraft, and formed up for a flyover of Charleston harbor.

“When the last aircraft was off the deck, there was probably five minutes of high-fiving,” said Major Zachary Barry, a C-17 pilot and the lead planner for the exercise.

“We took fuel from the tanks, transferred it to bladders, and then used that to refuel the AH-64s,” said Barry.

A fourth flight of C-17s flew to Hunter Army Airfield in Georgia where the crews conducted multi-capable airmen training.

The exercise, with 24 C-17s taking off all at once, was the largest C-17 launch from a single air base ever conducted. With 222 C-17s in the Air Force, Air National Guard and Air Force Reserve, that’s roughly 10% of the entire C-17 fleet flying together in one formation.

“When we were forming up, you’d be able to turn left and see a 14-mile-long train of C-17s behind you,” said Barry. “That was probably the most excited I’d been since the first time I flew an airplane.”