He followed his mom into the Air Force. Now he’s administering her final reenlistment oath

“I’m not one to cry, but the second we popped to attention and I raised my right hand, the tears started flowing." 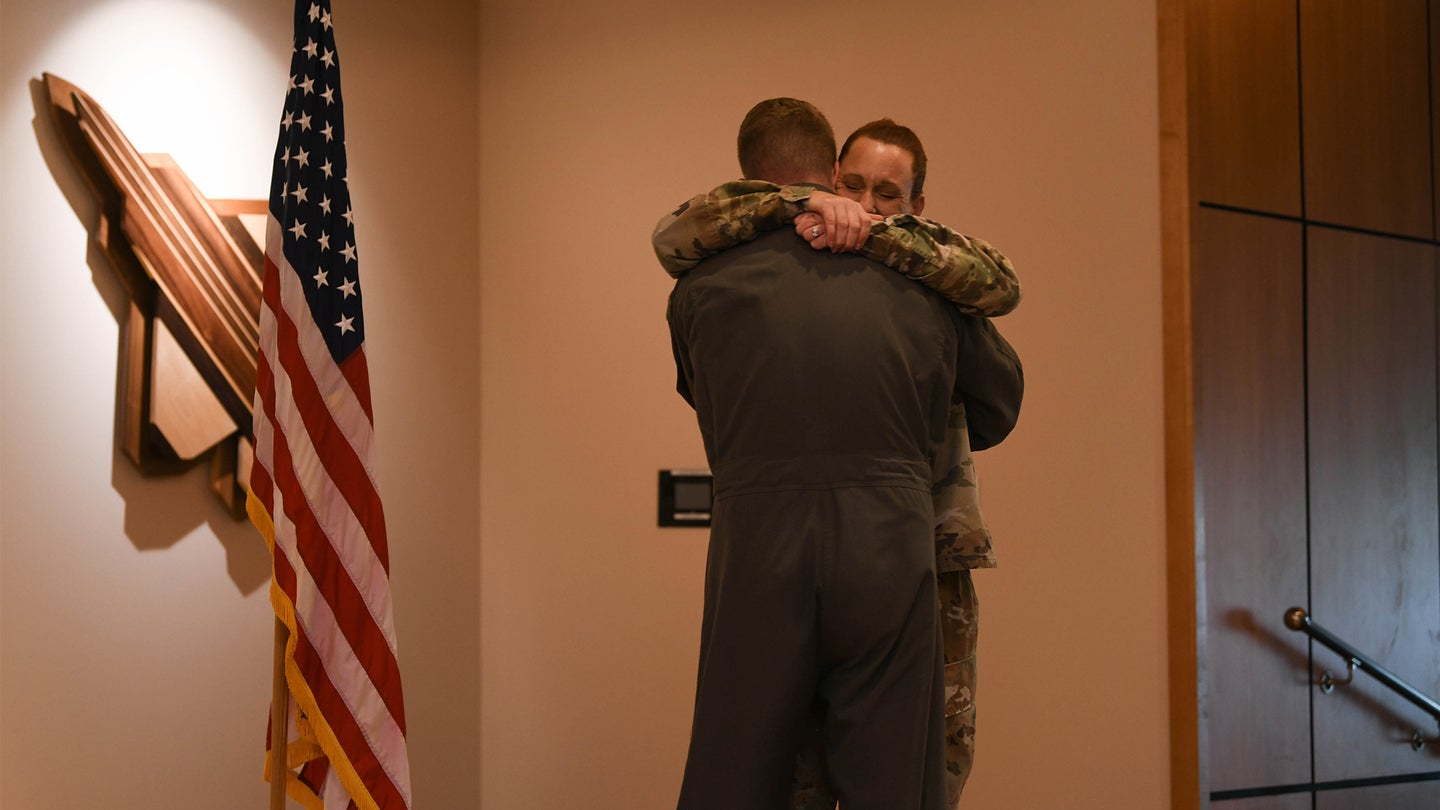 Chief Master Sgt. Katherine Grabham has had one hell of a career. The California native has fixed F-15 fighter jets; represented the Air Force as a public affairs specialist; deployed to Afghanistan; advised the Chief Master Sergeant of the Air Force at the Pentagon; and is now the top enlisted airman for the 325th Fighter Wing at Tyndall Air Force Base in Florida.

But of all the moments of her 27-year career, few were as special as March 30, 2021, when Grabham’s son and fellow airman, 2nd Lt. Cory Garcia, led her in a final oath of enlistment in a ceremony at Tyndall. Garcia was born just a year after Grabham first joined the Air Force in June 1994, and he’s been there with her for all the moments in between.

“He has been with me every step of the way, seeing every promotion from when I sewed on airman first class, to when I was selected for promotion to chief master sergeant,” Grabham said in a recent press release. “I knew that he was the one I wanted to conduct my final oath, and it was something I had dreamed about for a while.”

Grabham’s journey involved plenty of traveling to bases in Texas, Japan, Nevada, Florida, Arkansas and so many other spots around the world. But all those moves did not deter Garcia from following his mother’s footsteps into the Air Force.

“Seeing the work my mom did every day to help people and make a difference was a major factor in my decision to join,” said Garcia, an air battle manager assigned to Tinker Air Force Base in Oklahoma. “The things she has accomplished from her time with the Thunderbirds, her time as a first sergeant, and finally as the command chief to one of the biggest up and coming bases we have; how could you not be proud?”

After graduating from Embry-Riddle Aeronautical University in December 2017, Garcia commissioned as a second lieutenant in the Air Force in September 2019. The officer credits his mom for teaching him how to lead.

“You really feel the weight of the moment and how important it is not only to re-enlist someone with such a prestigious career, but for it to be my mother as well,” said Garcia. “Ask any one of the countless Airmen who have had the opportunity to meet her and they will tell you she is unmatched when it comes to enlisted leaders. She is my hero.”

As Grabham’s career comes to a close, Garcia’s own is just beginning, and his mom can’t wait to be there to see it happen.

“I’m not one to cry, but the second we popped to attention and I raised my right hand, the tears started flowing,” Grabham recalled. “I honestly couldn’t help myself. The pride I have for what a great officer, and overall the great human being my son has become, is immense. Knowing that we get to serve at the same time, in the same uniform, is awesome.”