Senior Chief Shannon Kent may be gone, but she won't be forgotten 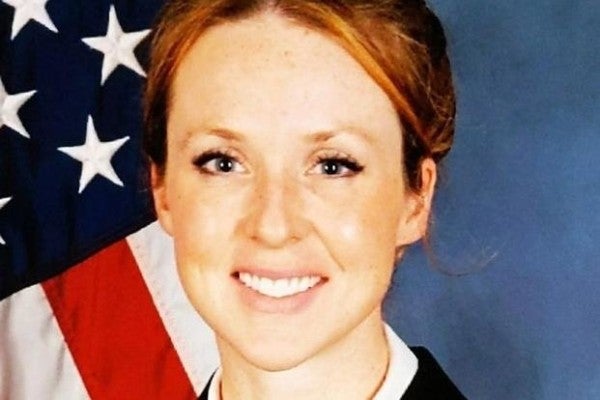 Senior Chief Petty Officer Shannon Kent may be gone, but she won't be forgotten.

On Wednesday, the Navy detachment at the Presidio of Monterey dedicated a stage and several buildings at the service's Information Warfare Training Command in honor of the 35-year-old cryptologic technician was killed while deployed to Syria in January.

The clutch of buildings will now be known as Kent Navy Yard.

“We will never forget that professionals like Senior Chief Kent are why we are who we are,” Cmdr. Michael Saleh said during the Wednesday dedication, per local news stations KSBW-8. “We don't need to brag, we don't need to boast, we don't need to gloat. We're just a diverse group of patriots who across this nation swore an oath to defend and protect the ideals of honor, courage and commitment.”

“[Kent] was living proof that women can not only keep up with, but lead this nation's most highly capable service members,” Schumer said.