"They've canceled probably 10 appointments on me ... they won't let people in the hospital, only if you are on death's door." 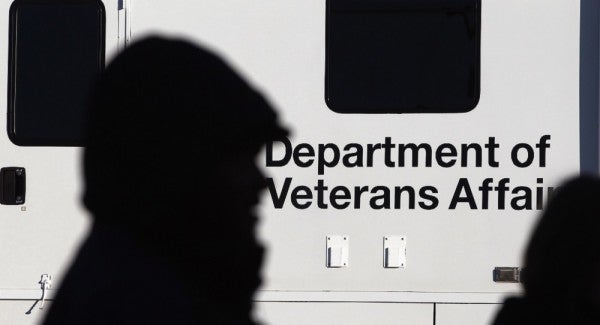 As Department of Veterans Affairs medical centers geared up in early March to respond to the unfolding COVID-19 pandemic, many moved to cancel elective procedures and in-person medical appointments in an effort to protect patients and staff from exposure and focus on coronavirus care.

From March 15 through June 15, the Veterans Health Administration — or the veterans themselves — canceled 11.2 million appointments across the system.

While roughly 5 million of those appointments were tracked — either conducted by telephone, video or rescheduled, at least 3.3 million needed the same type of follow-up and didn’t get it, the VA Office of Inspector General said in a report released Tuesday.

The OIG review remains ongoing as inspectors look over the remaining canceled appointments, as well as efforts to reschedule and reach out to veterans.

The lack of follow-up, OIG inspectors said, may put patients at increased risk of not getting needed medical care.

Beginning in early March, some VA facilities began screening patients for fever and other symptoms of the SARS-CoV-2 coronavirus, which was first reported as a cluster in Wuhan, China, on Dec. 31.

Later, hospitals and clinics stopped all non-essential care and, according to the OIG, started canceling appointments. From March 15 to May 1, 7.3 million appointments were canceled, and a third of those, or 2.3 million, received no follow-up.

Slightly more than 1 million were converted to telehealth appointments, mainly by telephone, the OIG noted.

Exactly how many appointments were canceled by VA staff or patients themselves is unknown: On March 22, the VHA directed employees to classify all dropped appointments as canceled by the patient unless the provider was not available, according to the OIG.

The VHA rationalized this as reasonable, because in a national health care crisis, “It is in the veteran's best interest and there is agreement by the veteran,” according to the report.

The VA reversed the guidance in April, but the classification distinction remains important. Under normal circumstances, VA medical facilities usually follow up on appointments canceled by clinics but not by patients.

The VA OIG estimates that about a third of the appointments nixed from March 22 to May 1 were classified as being canceled by the patient, leaving those patients to reschedule appointments themselves and resetting the wait to be seen.

The VA told OIG inspectors that it has instructed staff to follow up on all cancellations during the period, regardless of classification.

According to the report, VA facilities also canceled or discontinued more than a half million consults for specialty care, causing delays in care for veterans who need higher-level services.

The disparities have left some veterans, like Gary Fiffe, without reliable medical care for months.

“They've canceled probably 10 appointments on me,” Fiffe told Military.com. “The Topeka VA is doing lab work in the parking lot in your car. There are people who have the best [personal protective equipment] — masks, gloves — in the world, and they won't let people in the hospital, only if you are on death's door. The clinic in the town where I live is basically fully staffed yet seeing a limited amount of patients.”

“The hospital shutdown for a handful of people hurt countless others,” wrote another Military.com reader. “The fact is, vets were turned away.”

Related: 'I'm wearing the same mask three days in a row' — VA workers detail what it's like on the frontline of COVID-19

Appointment scheduling and patient wait times have long been a challenge for the VA, dating to 2012 when the Government Accountability Office noted shortcomings in the system. A scandal erupted in 2014 over patient appointment wait times and off-the-books schedules at VA medical centers and elsewhere.

The OIG expressed concern that the department will lose track of patients who need appointments at a VA facility or a referral to community care and made several recommendations, to include developing a strategy to reschedule patients, monitor facilities' progress and take follow-on action on canceled consults.

VHA officials concurred with the recommendations, saying it has completed plans and will conduct oversight.

Since the outbreak began, more than 52,000 veterans, employees and others treated at the VA have contracted COVID-19. Of those, 2,937 have died. Currently, 3,147 patients are being treated for the coronavirus in the VA health system.