The Southeastern Veterans’ Center, a state-run nursing home in Chester County where dozens of residents have died of COVID-19, failed to protect elderly residents from the coronavirus outbreak and continued to place them in an “immediate jeopardy situation” by flouting infection control guidelines, according to state health inspectors 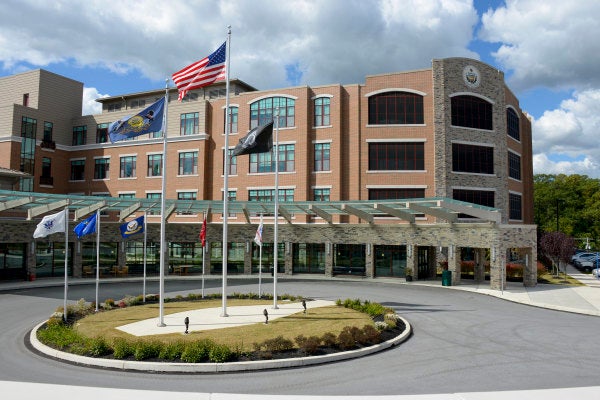 The Southeastern Veterans’ Center, a state-run nursing home in Chester County where dozens of residents have died of COVID-19, failed to protect elderly residents from the coronavirus outbreak and continued to place them in an “immediate jeopardy situation” by flouting infection control guidelines, according to state health inspectors.

The scathing inspection report, based on an early June inspection but only posted recently on the state Department of Health website, said SEVC officials failed to screen the temperatures of staff entering the building each day, didn’t enforce social-distancing, allowed employees to work on both COVID-positive and COVID-negative units in the same day, and maintained a work culture in which staffers were afraid to speak out about problems for fear of termination.

“[W]e will be fired for talking to you,” a licensed practical nurse told an inspector. “Watching people die was awful. We were told to wrap the residents in a body bag and meet the undertaker at the elevator.”

For weeks, the 238-bed facility, run by the state’s Department of Military and Veterans Affairs, had kept many relatives and residents in the dark about how widely the virus had spread. The Inquirer first reported on April 17 that at least 10 residents had already died, citing an internal report.

The coronavirus death toll continued to rise rapidly in subsequent weeks, with as many as four residents dying in a single day. In May, after 37 residents had died of the virus, the head of the facility, Commandant Rohan Blackwood, and his director of nursing were suspended.

At the time, the other five state veterans nursing homes, including the one in Philadelphia, had fewer than five deaths among them, state data showed.

The Inquirer subsequently reported on widespread concerns about mismanagement of the nursing home, which employees attributed largely to Blackwood and his administrators.

In addition to the lack of a strategy to contain the coronavirus, the employees’ allegations included altered medical records, wage theft and retaliation, and chronic understaffing, which studies have found can exacerbate infectious outbreaks.

“[T]he Commandant and Director of Nursing did not effectively manage the facility to make certain that proper infection control procedures were followed to protect residents from cross-contamination, infection, virus’ and disease in the facility,” the new health inspection report states.

Specifically, inspectors said that the veterans center “failed to consistently maintain an infection prevention and control program which placed residents in Immediate Jeopardy. The facility staff failed to ensure proper screening of staff entering the building, failed to implement tracing and investigation of positive COVID-19 residents/staff, cleaning and disinfecting of multi-use equipment, staff failed to use proper PPE, proper hand-hygiene, and store/handle linens in the proper manner to prevent the potential for cross contamination of disease …”

“The Commandant and the [director of nursing] failed to fulfill their essential job duties to ensure that the federal and state guidelines and regulations were followed,” it continued.

An outside law firm hired by Gov. Tom Wolf’s Office of General Counsel is conducting an independent investigation of the COVID-19 outbreak at SEVC, according to a spokesperson for the Department of Military and Veterans Affairs.

State Sen. Katie Muth, a Democrat whose district includes SEVC, said Tuesday that she wasn’t completely satisfied with the latest report or the state’s response to the ongoing issues at the home.

“The report mentions the failures by the commandant and the director of nursing, but those aren’t the only problematic people who allowed this to happen” she said. “I’m fearful that because this is a state-run facility, a true assessment of what’s happened already and what’s continuing to happen won’t take place.”

Muth has been a vocal critic of SEVC for months and was one of the first elected officials to publicly raise concerns after being contacted by staff members. She said those employees, including nurses, are still complaining about shortages of PPE, as recently as this past weekend.

She said she has begun drafting a letter to the Senate Veterans Affairs & Emergency Preparedness Committee formally requesting a hearing on the nursing home.

“I think there are still a few more avenues I can exhaust,” she said. “The silence of the DMVA leadership and the governor’s office is damning.”

Ian Horowitz, whose father had lived at the veterans center and died of complications of the coronavirus in May, said Tuesday that he wants to see higher-ranking DMVA officials held accountable, in addition to Blackwood.

“There are too many red flags flying around this administration and it’s frustrating,” Horowitz said Tuesday.

Chester County Coroner Christina VanDePol said Tuesday that 42 residents of the home died of COVID-19, and no new deaths from the pandemic have been reported in several weeks there.