"We are not satisfied with flat-lined suicide death numbers." 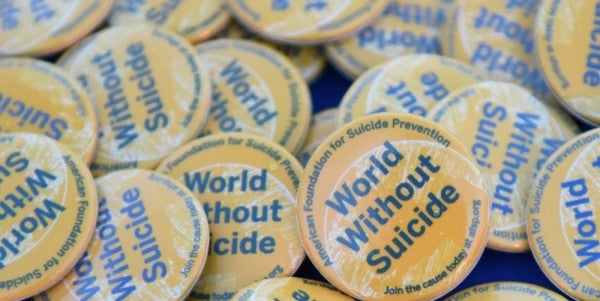 The Air Force is the only military branch that saw a decrease in both active-duty and Reserve suicides last year, according to data provided by the service.

A total of 58 active-duty suicides were reported in 2018, of which 16 deaths are suspected suicides pending confirmation, the service's data shows. By comparison, 63 active-duty airmen took their own lives in 2017; however, the five-year average for Air Force active-duty suicides is roughly 61 deaths per year, showing little has changed since 2014.

“We are not satisfied with flat-lined suicide death numbers,” Brig. Gen. Michael E. Martin, director, Air Force Integrated Resilience, said in a statement. “The Air Force is dedicated to a comprehensive, leadership-driven strategy with the ultimate goal of supporting airmen and their families early with a robust network and never losing another airman to suicide.”

However, the Air Force Reserves saw a sharp decrease in suicides from 11 in 2017 to three in 2018, the Air Force's data shows. That is the lowest number of Reserve suicides since 2012.

The decreases in active-duty and Reserve suicides set the Air Force apart from the other services. The Army reported that 138 active-duty soldiers killed themselves in 2018 – the highest number since 2012 –compared with 116 in 2017. Additionally, 115 were Army National Guardsmen and 47 reservists took their own lives in 2018.

Whenever an airman commits suicide, the Air Force establishes a suicide analysis board that looks into the underlying causes of the death, similar to investigations into aircraft crashes, said Air Force spokesman Maj. Nicholas Mercurio.

“We engage with experts from the Air Force, Department of Defense and academia to identify and pursue the most promising immediate, mid, and long-range prevention approaches that have empirical support in reducing suicides,” Mercurio said in an email.

The Air Force also trains airman to recognize warning suicides for suicide so they can intervene in time, he said.

“Our program is designed for maximum support to airmen and their families well in advance of crisis, and to support commanders and leaders at all levels in order to ensure the network of helping agencies is actively engaged in prevention, intervention and postvention,” Martin said. “It is about a culture of care and respect established by commanders and senior enlisted leaders that arms airmen at all levels with the training and tools for the decisive edge when their wingmen are in crisis.”