Navy suicides could reach a record high in 2019

"That trend is unacceptable," Rear Adm. Philip Sobeck, director, 21st Century Sailor, told reporters on Thursday. "We are looking at every aspect of why that trend continues, at least for the last three years. We're determined not to allow it to continue the way it's going." 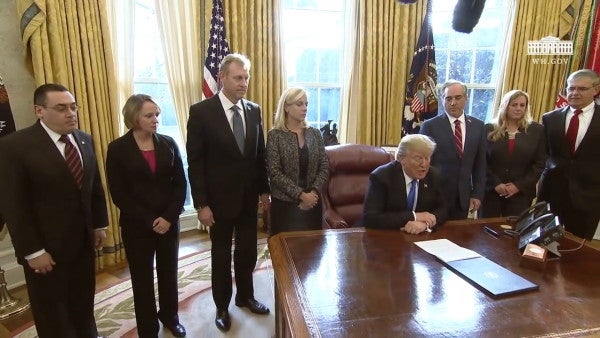 The Navy is on pace to surpass last year's record number of suicides, according to figures provided by the service.

A total of 53 active-duty and seven reserve sailors have died by suicide so far this year, and that is “roughly a little bit ahead” of the number of sailors who had taken their own lives this time in 2018, the Navy's top suicide prevention officer said.

“That trend is unacceptable,” Rear Adm. Philip Sobeck, director, 21st Century Sailor, told reporters on Thursday. “We are looking at every aspect of why that trend continues, at least for the last three years. We're determined not to allow it to continue the way it's going.”

Last year, Navy suicides reached their highest level since the service began recording data on the matter in 2006, with 68 active-duty sailors and 11 sailors in the Navy Reserve dying by suicide.

Despite the Navy's efforts to help families identify warning signs that sailors are at risk of dying by suicide and embedding mental health provides within commands, the pace of suicides has not slackened. Recently, three sailors from the aircraft carrier USS George H.W. Bush killed themselves within a week — two on the same day. A fourth sailor assigned to the carrier took his life in July.

“We absolutely mourn the loss of those sailors,” Sobeck said during a roundtable on the Navy's efforts to curb suicides. “The bottom line is we've got to take a look at what happened. We've got the right response and those sailors and shipmates on G.H. W Bush are getting just that.”

Two factors that are common to suicides are impulsivity and personal access to firearms, service officials said on Thursday.

“It's an impulse moment,” Sobeck explained. “Who's there with them and what access to the firearms do they have – trying to break that cycle is where we've been targeting a lot. We know those are the last moments in time where they lose that hope and that's their choice at that point.”

Data collected by the Navy does not show a connection between increased deployments and more suicides, Sobeck said. That is because when sailors are at sea, they are all connected. Sailors become vulnerable to death by suicide when they lose that connection.

An unhealthy command climate, on the other hand, can be a factor in suicides if it does not enforce good order and discipline and foster trust between sailors and the command, he said.

“Those will be more at risk than those that have a good climate,” Sobeck said. “They have the ability for transparent, help-seeking environments: the opportunity for, 'Hey, I need help;' or, 'I need to take a breath:' – or folks actually looking eyeball-to-eyeball and saying: 'Hey, it's time for you to take a break. Let's take a knee for a second and let's talk about what happened.'”