The Air Force’s Answer To Its Aviation Crisis: A Symbolic Half-Measure That ‘Won’t Solve The Problem’

The Air Force on Tuesday took reporters aside in the Pentagon to explain their next steps in addressing a clear... 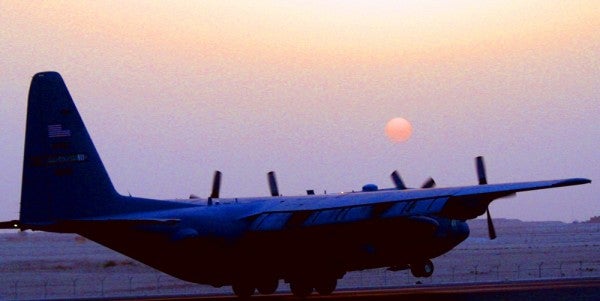 The Air Force on Tuesday took reporters aside in the Pentagon to explain their next steps in addressing a clear spike in aviation mishaps and fatalities.

The new plan: Take a symbolic half-measure while continuing to deny there’s a crisis.

All active-duty wings with flying and maintenance functions have been directed to hold a one-day safety stand down by May 21, while Air National Guard and Reserve units have until June 25, Air Force officials said on Tuesday.

“The day in itself probably won’t solve the problem,” said Maj. Gen. John Rauch Jr., commander of the Air Force Safety Center, but it “gives them a chance to identify issues that they can elevate up to the MAJCOM if necessary; that they can raise up to the air staff, if necessary.”

Airmen will be able to anonymously report safety hazards to encourage candor, Rauch said. However, the anonymous nature of the reporting also means the Air Force will likely not publicly release a report about what problems the airmen discover, he added. For example, the wings will look at the findings of mishap investigations that are not publicly releasable.

“Clearly, we want to make the individual wings and everybody free to share whatever they can,” Rauch said. “There’s definitely specifics that won’t be out there: This wing was suffering this issue; this wing wanted to bring this up, they don’t have an issue but they are concerned about it.”

Service officials were already discussing taking such a move before the May 3 crash of a WC-130 from the Puerto Rico Air National Guard, which killed nine airmen, he said. Sixteen other service members from all branches of the service have been killed in air crashes since March.

Rauch insisted he was not downplaying the spike in crashes, but he repeated the Pentagon’s mantra on military aviation: “We’re not facing a crisis.”

Rauch claimed on Tuesday “there is no trend” in the rise of crashes, nor is there a correlation between budget cuts, fewer flight hours, and increased crashes, despite a recent Military Times investigation that found mishaps have soared by 40% since the sequestration cuts to defense spending took effect in 2013.

“For us, each is kind of an individual event that you look at, that you try to get back to the basics to try and find out what happened,” Rauch said. “In each one of those, there could be common these across them, which we’re not seeing. Otherwise, they’re really not related to each other.”

But lawmakers are growing increasingly concerned about the rising number of military aviators and crew dying in crashes across the services. Rep. Adam Smith of Washington, the Democrats’ ranking member on the House Armed Services Committee, has proposed creating an independent commission to examine crashes from 2013 to 2018.

“The commission would be a way to independently assess the causes and effects in military aviation accidents, so that Congress and the public can have a clear understanding of what’s going on and what actions would improve safety,” Smith said in a May 7 statement.