An Army vet’s realization in Ukraine: ‘So horrible or heartbreaking that you can’t continue’

'Physically I feel fine, but I also feel like I have these invisible wounds on my soul.' 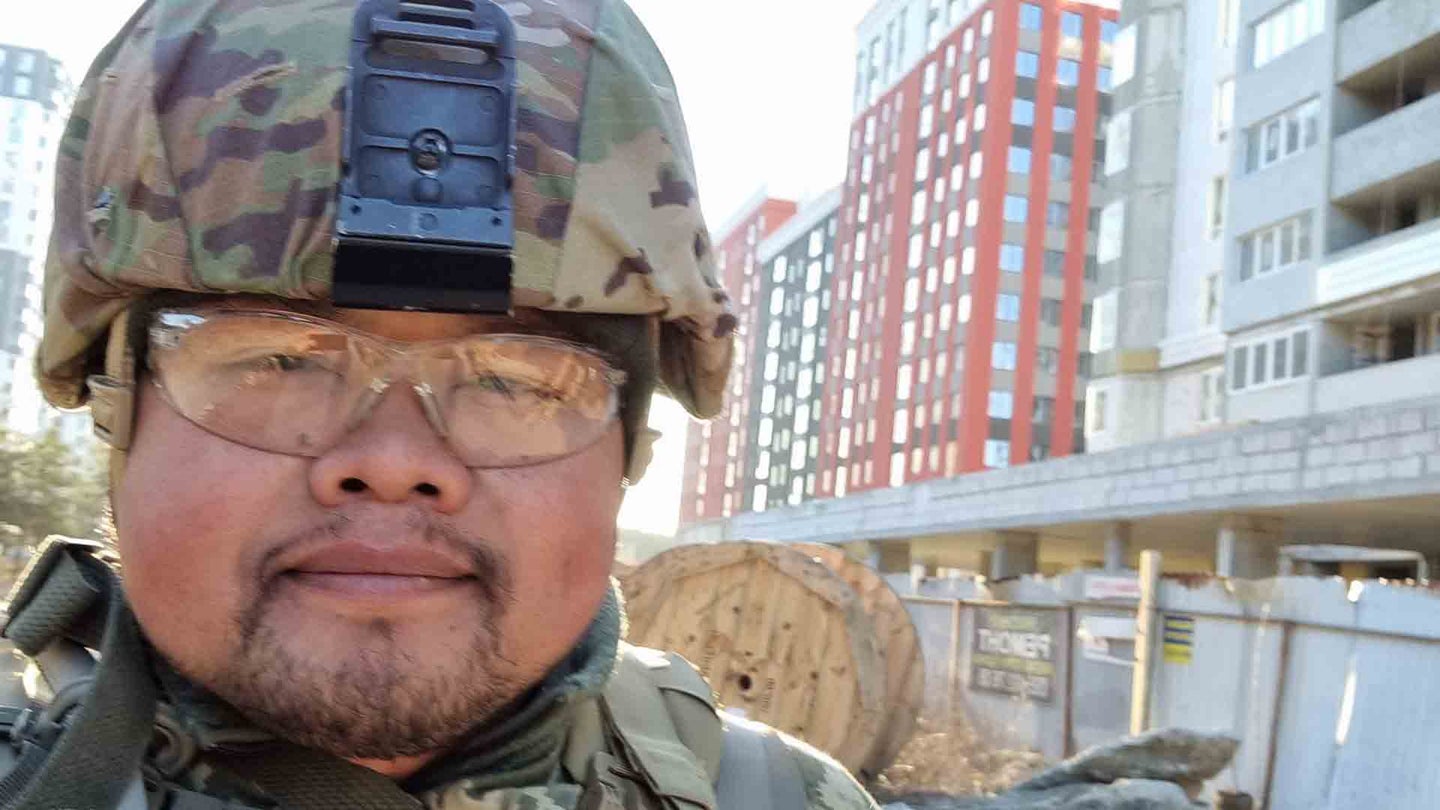 Hieu Le, an Army veteran who deployed to Afghanistan in 2012, came to Ukraine as a volunteer but decided to leave nearly two weeks later. (Facebook photo.).
SHARE

After spending 13 hours hiking into enemy territory and back to retrieve the body of a Georgian soldier who had been killed near Irpin, Ukraine, U.S. Army veteran Hieu Le knew that his war was over.

Not long after recovering the fallen soldier, Le resigned from Ukraine’s legion of international volunteers. “My team was very supportive since they saw how deeply affected I was by recovering his body,” he told Task & Purpose. “Physically I feel fine, but I also feel like I have these invisible wounds on my soul.”

Le served as an M1 armor crewman from 2010 to 2017, during which he deployed to Afghanistan in 2012. In a previous story about surviving a Russian cruise missile attack on his training base, he asked to be identified by his first name only, but on Monday Le gave Task & Purpose permission to use his full name.

On Monday evening, Le was enroute to western Ukraine along with wounded comrades and other international volunteers who had resigned. He was leaving a war that he had just joined nearly two weeks ago.

“I do feel embarrassed to be leaving so soon after arriving, but have you ever seen anything so horrible and heartbreaking that you can’t continue? It was like that for me,” he said.

His departure coincides with upheaval within the international legion, which was intended to allow foreigners to fight the Russians. But Task & Purpose correspondent Andrew Milburn has revealed that Ukraine abruptly discharged the first volunteers who signed up for the unit after their mediocre performance in battle.

Now the Ukrainians are rethinking how they recruit foreigners by focusing on highly trained combat veterans, such as snipers, a Ukrainian general officer told Task & Purpose on condition of anonymity.

It’s clear the vetting process for the international legion leaves much to be desired. Le said he was billeted with volunteers who made dubious claims about being former special operators, yet they lacked any semblance of discipline or professionalism.

“They live the day high on amphetamines, testosterone, steroids, and who knows what other drugs they’ve smuggled into the war zone,” Le posted on Facebook. “They essentially do whatever they want and the Ukrainian military officers either allow it or are powerless to stop it.”

Le originally came to the war zone because he was unsure if he could live with himself if he didn’t help the Ukrainians. What he found was the mission to recover his fallen comrade’s body was the toughest military experience he had ever faced. “Today’s mission was the one that broke me,” he wrote on Facebook afterward.

He and the other volunteers loaded up anti-tank mines and anti-armor missiles for the 8-kilometer hike to the Georgian soldier’s last fighting position, he wrote on Facebook. On the way, they encountered what appeared to be Russian soldiers. They didn’t want to fight and yelled “Glory to Ukraine,” so the two sides passed each other without incident.

They found the soldier and Le wrote the man’s name, passport number, and date of death on a piece of cardboard that he put with the body. Then they had to drag the body back to friendly lines, which included carrying him past Ukrainian forces along improvised plank bridges.

“That was actually the hardest part: watching the look on everyone’s faces as the body of our fallen making its way through the friendly forces,” Le wrote on Facebook. “Then they looked me in the eye, his blood staining my uniform, while I helped to carry him this last part. Nothing was said between us, but the sentiment was profound and unexplainable. As we made it up the hill to the top of the bridge, the ambulance met us and we put him into a body bag and saluted the ambulance as it drove off.”

When the mission was over, Le couldn’t stop weeping for 10 minutes as he fought to regain his composure, he said. His mission to help the Ukrainians was now over too.

“In the time I’ve been in Ukraine, I survived cruise missile strikes, constant shelling from artillery, moving through hostile territory, cold down to my bones, sickness, hunger, and the anguish of recovering our war dead,” Le wrote on Facebook. “I am tired in my bones. I’m not sure how much longer I’m going to stay in Ukraine, but I feel that I’ve done my part and am satisfied that it’s more than most.”