The course has stirred up controversy in recent weeks. 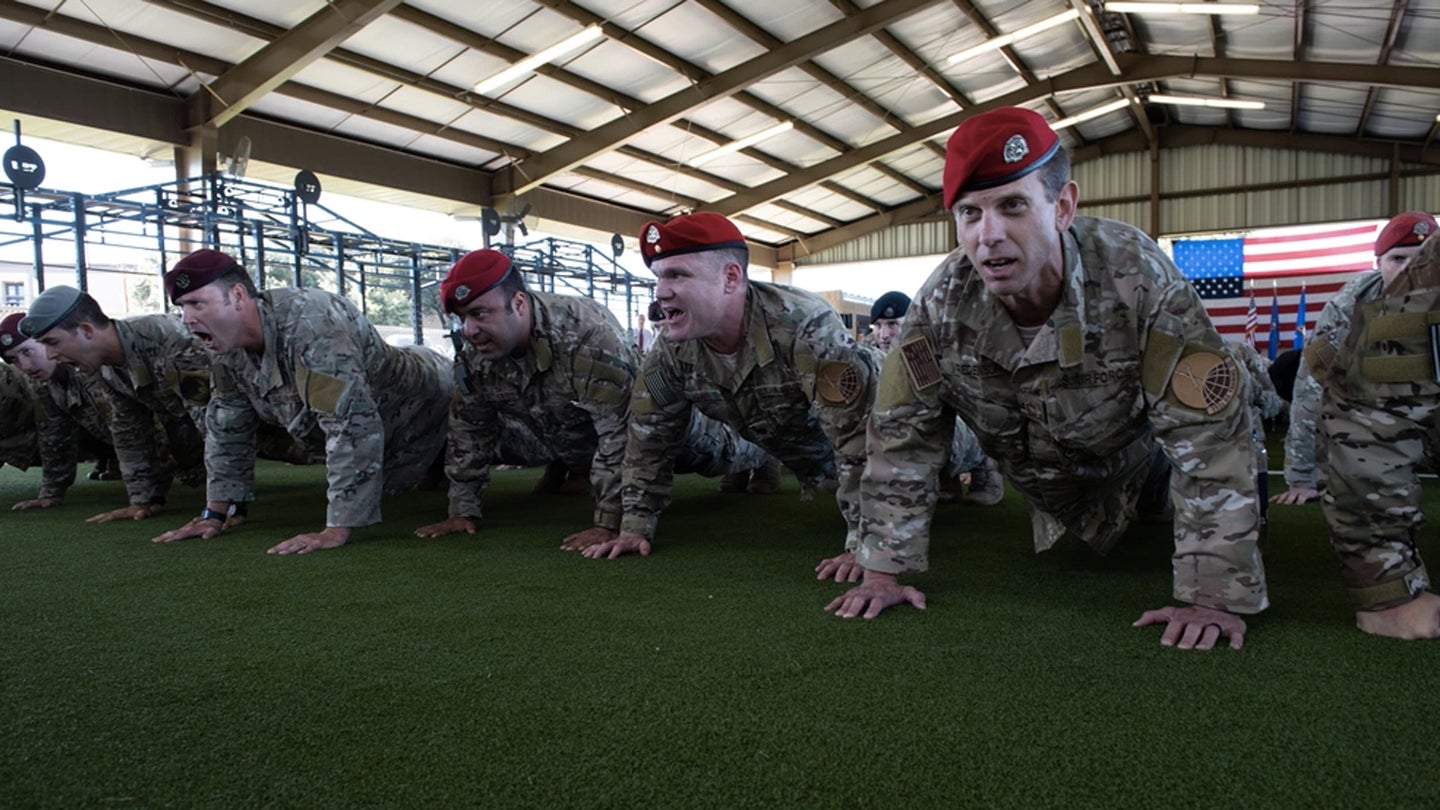 The Air Force has appointed an aviator to oversee the initial training course which all airmen must pass through in order to join the service’s elite ranks of special operators. Col. Nathan Colunga, a master navigator with vast experience in the MC-130 family of special operations transport planes, will take the helm of the Special Warfare Training Wing from Col. Mason Dula later this year, an Air Force official confirmed to Task & Purpose.

The appointment comes in the middle of a whirlwind of controversy over whether Air Force Special Operations Command gave preferential treatment to a female special warfare candidate in the training pipeline. Airmen past and present, including the female candidate, criticized the command for allegedly lowering the standards. Lt. Gen. James Slife, the head of the command, denied those accusations before asking the Secretary of the Air Force, Frank Kendall, to direct the branch’s Inspector General to review the situation.

“We can unequivocally say the standards — which are tied to mission accomplishment — have not changed,” Slife said on Facebook last month in response to the firestorm.

Despite the controversy, Marilyn Holliday, the chief of operations for public affairs at Air Education Training Command, explained that Colunga’s incoming command “is in line with the standard timeline for wing command.” Dula will hit his two-year anniversary in command this August. Holliday said that the commander of the Special Warfare Training Wing is selected from the Special Operations/Rescue wing command selection board list. That list includes special warfare officers, such as the combat rescue officers and special tactics officers who lead Air Force special operators into battle. But it also includes air commando officers, who are the pilots and navigators who fly the aircraft that take them in and out of fire, Holliday said.

Though Air Force special warfare has existed in one form or another since World War II, the Special Warfare Training Wing is only four years old. It was activated in 2018 to combine the essential introductory training for the various special warfare fields into one course rather than each schoolhouse running their own slightly different version of it, Military Times reported at the time.

The training pipeline for Air Force special operators is notoriously difficult. Historically, the two-year combat controller pipeline washes out 70 to 80% of its candidates. Air Force combat controllers and pararescue jumpers are trained to the same technical and physical standards as other special operators such as Army Green Berets and Navy SEALs. But combat controllers and PJs also receive extensive training in the form of air traffic control and combat medicine, respectively, so they can control crowded airspace, call in airstrikes, and evacuate wounded troops from deep behind enemy lines. Other special operations career fields, including tactical air control party and special reconnaissance airmen, also pass through the Special Warfare Training Wing.

Though he doesn’t wear the scarlet beret of a special tactics officer or the maroon beret of a combat rescue officer, Dula’s replacement, Col. Colunga, is no stranger to special operations, according to his command biography. Colunga commanded special operations forces in garrison and in combat and has deployed to Africa and the Middle East. He is currently the vice commander for the 352nd Special Operations Wing, which flies MC-130 and CV-22 transport aircraft out of Royal Air Force Mildenhall, United Kingdom. Before that, he commanded the air component for joint special operations at Central Command, which oversees military operations in the Middle East and Southwest Asia.

Across the Air Force, aviators, and pilots in particular, often rise to command faster than non-aviators. For example, many of the past commanders of Air Force Special Operations Command flew or navigated aboard MC-130s, AC-130 gunships, HH-3E helicopters, or even the massive C-141 transport jets. Lt. Gen. Slife, the command’s current top officer, flew MH-53 Pave Low helicopters for much of his career, as did his predecessor, Lt. Gen. Marshall Webb, who now heads Air Education and Training Command.

Some of that may be a numbers game. After all, AFSOC has more than 19,500 personnel worldwide, only about 500 of whom are pararescuemen and only about 500 are combat controllers, according to SOFREP. Though the Special Warfare Training Wing falls under Air Education and Training Command, an aviator taking command is a common feature across the service. Only now, one will also be in charge of a school for the Air Force’s elite ground-pounders.