"Our team is ready to recover anybody, anytime, anywhere, against any adversary.” 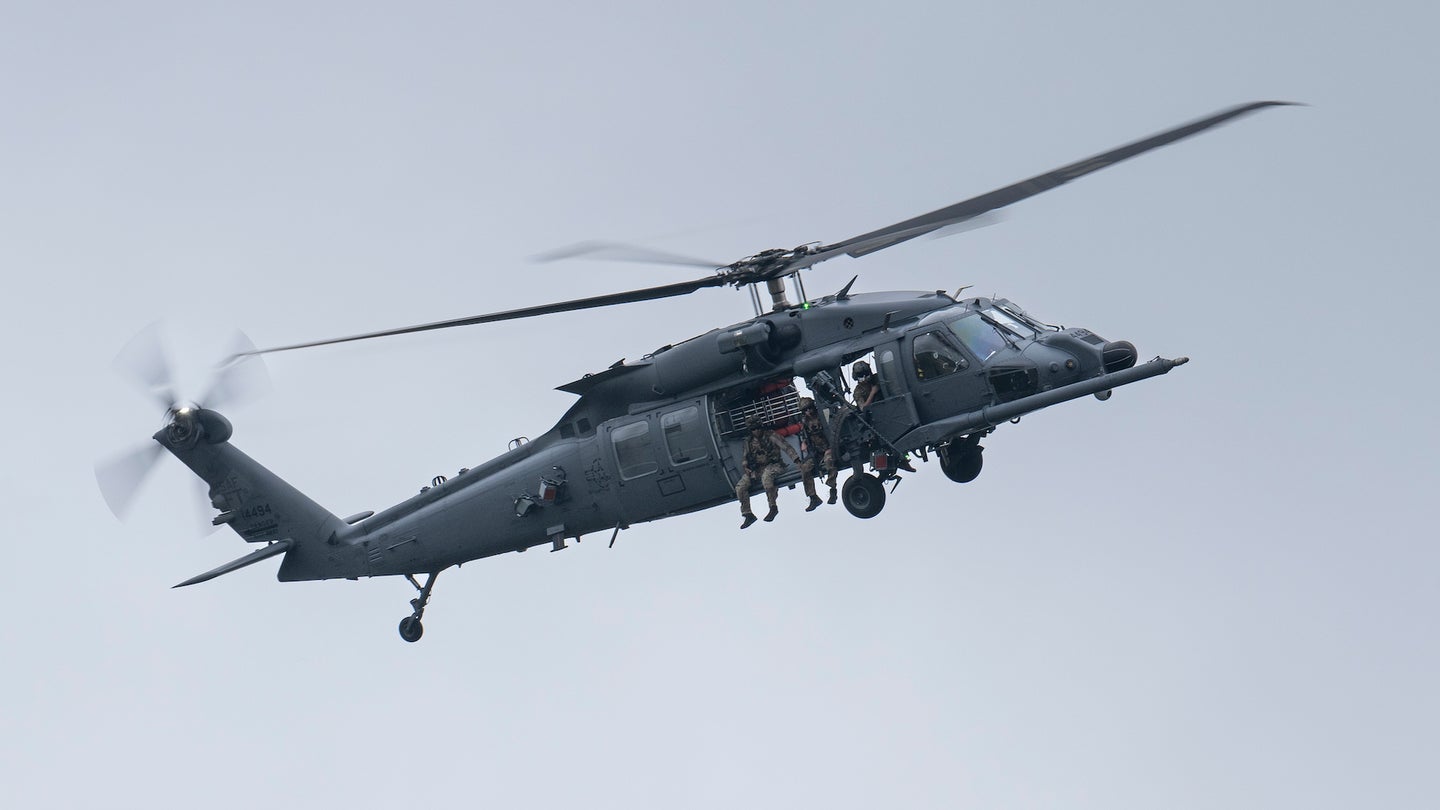 Have no fear: Jolly Green II is here.

A replacement for the Air Force’s aging fleet of HH-60G Pave Hawks, the Jolly Green II’s IOC declaration means that the service “now possesses sufficient HH-60Ws, logistics requirements and trained Airmen to support a 30-day deployment to any independent location with a package of four aircraft,” according to Air Combat Command.

“This declaration is the culmination of years of hard work and vision,” ACC operations director Maj. Gen. David Lyons said in a statement. “Current and future combat environments require us to maneuver further and faster than ever before, and the capabilities provided by the Jolly Green II supports the platform’s viability for our Air Force Personnel Recovery core function for as long as possible.”

Although the 23rd Wing at Moody Air Force Base in Georgia held a ceremony to mark the Jolly Green II’s status as the Air Force’s newest operational rescue helicopter back in September, ACC commander Gen. Mark Kelly did not publically declare IOC until Oct. 12, when Moody officials also announced that the helo was on its way to its initial deployment.

The Air Force has not specified where exactly the new HH-60Ws are off to, Air Force Times reports.

“The airmen of the 23rd Wing have done a tremendous job working with partners to get this aircraft combat-ready on time,” 23rd Wing commander Col. Russ Cook said in a statement. “Bottom line, the future of Air Force Rescue is secure, and our team is ready to recover anybody, anytime, anywhere, against any adversary.”

The Jolly Green II purportedly offers a variety of improved capabilities over its predecessor Pave Hawks, most notably in terms of an extended range and combat radius (thanks to holding twice as much gas as the HH-60G) and upgraded survivability, according to ACC. In addition, the helo’s updated flight director navigation tool allegedly enables “greater automation than the previous model to lower crew workloads,” as ACC puts it.

“The flight director has authority to automate some aspects of hovering,”  Lt. Col. John Larson, ACC’s Combat Rescue Helicopter System Management Office Branch Chief, said in a February statement. “You can command the flight director to maintain a hover, move in a direction at a user-defined low airspeed, or even engage a go-around mode and let the aircraft fly relatively hands-free.”

According to the Pentagon’s top weapons tester, the Jolly Green II was still facing some issues leading up to the IOC declaration. The controlled unclassified fiscal year 2021 assessment of the Jolly Green II from the Director of Operational Testing & Evaluation, published back in March by the Project on Government Oversight, found that the helo suffered from “deficiencies” in its countermeasures dispenser set, an ineffectiveness of its armor at countering “operationally relevant threats,” and an unsuitability of the armor’s multi-hit performance over the Pave Hawk.

Even more alarming, the vaunted autopilot flight directors displayed a “susceptibility to put the aircraft into unsafe flight conditions,” according to the OT&E report. It is unclear if these deficiencies have been addressed in recent months.

The Air Force was originally set on procuring 113 Jolly Green IIs to replace its fleet of 99 Pave Hawks, but the service’s fiscal year 2023 budget request only set aside funds to buy roughly 75 of the new helos amid the service’s reassessment of what combat search-and-rescue looks like in the face of future threats from air power-heavy counterinsurgencies like Russia and China rather than Global War on Terror militants.

“The scenarios that we’re most worried about are not the same as they once were,” Air Force Secretary Frank Kendall told reporters in March. “When we were doing counterinsurgencies, and we were losing pilots in those kinds of situations, the needs were different. The acts of aggression like we’re seeing in Europe, or we might see the Pacific … put us in a very different scenario.”

While the IOC declaration and deployment mark the official start of a new era of combat search-and-rescue operations for the Air Force, the Jolly Green II helo itself has been busy since arriving at Moody in 2020.

Indeed, just before the 23rd Wing held its IOC ceremony on Sept. 9, airmen from the 23rd Wing’s 41st and 38th Rescue Squadrons sprung into action when a call came in from the Air Force Rescue Coordination Center at Tyndall Air Force Base in Florida to move a patient from the South Georgia Medical Center some 10 miles southwest of Moody to the Moffitt Magnolia Center roughly 200 miles south in Tampa.

“This mission marks the first official rescue since the Jolly Green II was postured for maximum combat readiness and full integration in rescue operations alongside the HC-130J Combat King II aircraft,” Moody officials wrote at the time. “The Jolly Green II is ready to get to work, and stands ready for the next rescue.”