The Naval Special Warfare Command is now tracking six confirmed cases of novel coronavirus (COVID-19) affecting its sailors, according to... 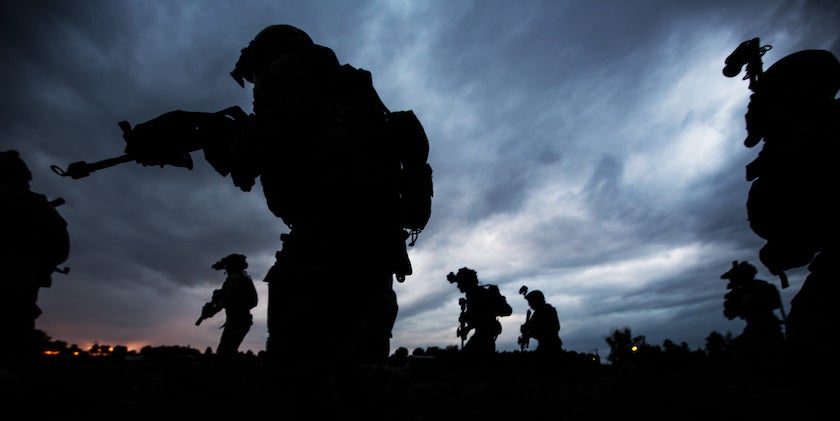 The Naval Special Warfare Command is now tracking six confirmed cases of novel coronavirus (COVID-19) affecting its sailors, according to a Tuesday press release from the San Diego-based unit.

Two sailors from the command tested positive on Sunday in San Diego, marking the first service members affected from the unit in the Navy's southwest region. Four NSW sailors had previously tested positive for the virus while training at Naval Base Kitsap-Bangor, in Washington. They are currently in isolation.

“U.S. Special Operations Command and the Navy are committed to taking every measure possible to protect the health of our force,” the press release said. “We remain in close coordination with local agencies, base tenant commands, and public health authorities to ensure the well-being of our personnel and the local community.”

Citing operational security reasons, a spokesman for the command would not say whether the affected sailors were Navy SEALs. The unit has roughly 10,000 military and civilian personnel, which includes about 3,000 SEALs, 800 special warfare combatant crewmen, and 4,200 support staff from more than 50 Navy rates.

All six of the affected sailors are currently being isolated. The four sailors at Kitsap-Bangor are being quarantined on the base while the two sailors in San Diego remain isolated at their homes, NSW said.

The number of U.S. troops confirmed positive for the virus nearly doubled from 67 on Friday to 133 on Monday. Another 41 service members tested positive for the disease by Tuesday, according to the Pentagon's daily tracking report.

Currently, the U.S. has had more than 53,000 total confirmed cases and more than 690 deaths, according to Johns Hopkins University, edging out only China and Italy with more cases.