Amid growing concern over stalled efforts to degrade and destroy the Islamic State, senior national security officials and Secretary of... 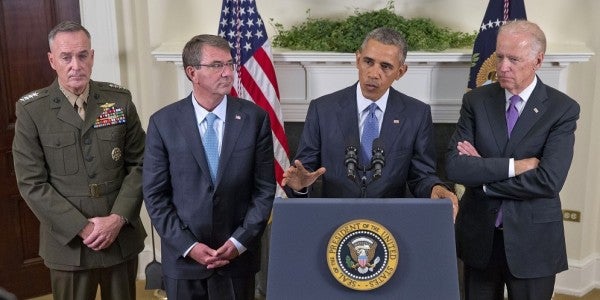 Amid growing concern over stalled efforts to degrade and destroy the Islamic State, senior national security officials and Secretary of Defense Ashton Carter have recommended that President Barack Obama move U.S. troops closer to the front lines in Iraq and Syria. The decision could place special operations forces on the ground in Syria and put American troops closer to firefights in Iraq, representing an escalation in the military’s role in Iraq and Syria, reports The Washington Post.

The recommendations, which came at the president’s request, would not put U.S. forces in a direct combat role. The call for a new plan in Iraq and Syria comes after the president decided to keep troops in Afghanistan past 2016, and after an Oct. 22 hostage rescue resulted in the first American casualty in Iraq since troops pulled out in 2011. Recommendations for no-fly or buffer zones, which would be costly and would require a large commitment of ground troops to support, did not receive the support of senior security officials.