President Donald Trump has delegated the White House’s power to set troop levels in Iraq and Syria to the Pentagon,... 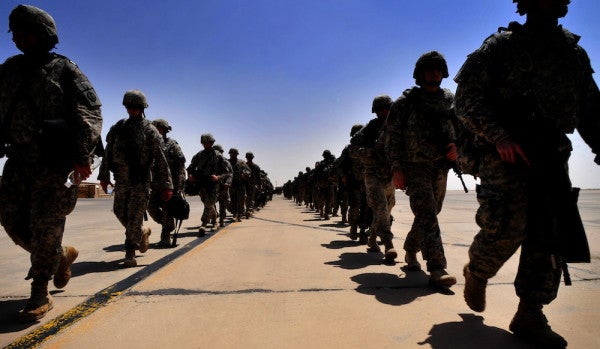 “This does not represent a change in our mission in Iraq and Syria to defeat ISIS. Our strategy remains to work by, with and through local forces. Restoring FML decisions to the Secretary of Defense enables military commanders to be more agile, adaptive and efficient in supporting our partners, and enables decisions that benefit unit readiness, cohesion and lethality,” Pentagon spokeswoman Dana White said in a statement to BuzzFeed News. The handover of power was communicated in an internal policy memo dated April 20.

Known as the force management level, or “FML,” the number of troops deployed to either country is sent to Congress, and updated anytime there are major force deployments, which is intended to promote transparency.

The move represents a departure from previous policy under the Obama and Bush administrations, during which the White House set troop levels, but often at slow, bureaucratic paces. Since taking office, Trump has outsourced significantly more decisionmaking power to other departments; in this case, giving military commanders more autonomy. The decision to drop the “mother of all bombs” on ISIS in Afghanistan, for instance, was made by the DoD without consulting the president.

While the decision to turn the FML over to Defense Secretary James Mattis is popular among military commanders, it is unclear whether this move will actually lead to more or less transparency. Previously, the Obama administration set troop-level caps that ultimately created confusion given the number of exemptions to the caps, such as temporary deployments and special operations forces movements, which were not counted. For example, the FML in Syria is set at 503; however, there are nearly 1,000 troops on the ground.

Still, Pentagon officials have said they will not “not routinely announce or confirm information about the capabilities, force numbers, locations, or movement of forces in or out of Iraq and Syria,” according to a statement reported by Buzzfeed News.

“With regard to the number of forces that are going into Syria, and their exact locations, what they're doing, their comings and goings, the exact capabilities we're bringing in — the coalition is really not going to get into the business of giving play-by-play updates on those — on those capabilities,” Air Force Col. John Dorrian, the spokesman for U.S. forces for Iraq and Syria, told defense reporters on Wednesday.

However, other defense officials suggest this move will allow military commanders to be more transparent with both Congress and the public.