Rapper Jay Z is producing a six-part miniseries about Nicholas Irving, who earned the nickname “the Reaper” while serving with... 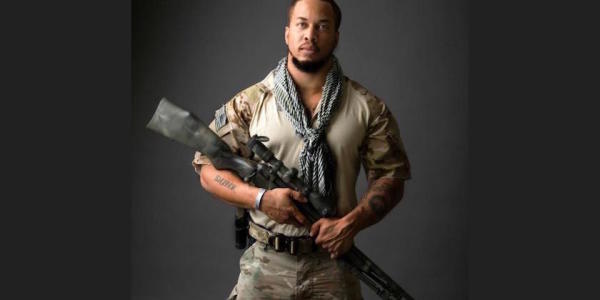 Rapper Jay Z is producing a six-part miniseries about Nicholas Irving, who earned the nickname “the Reaper” while serving with the U.S. Army’s 3rd Ranger Battalion from 2004 to 2010.

According to Page Six, the show is being produced for NBC.

Irving, who grew up in Maryland, deployed multiple times to Iraq and Afghanistan and saw heavy combat throughout his career. During a four-month deployment to Afghanistan as a direct-action sniper in 2009, he purportedly killed 33 enemy combatants.

In addition to being one of the deadliest snipers in American history, Irving, the son of two Cold War military veterans, holds the distinction of being the first African-American sniper to serve with 3rd Ranger Battalion.

The six-part miniseries will be based on Irving’s 2015 memoir, “The Reaper: Autobiography of One of the Deadliest Special Ops Snipers,” which primarily focuses on Irving’s legendary 2009 Afghan deployment. A source told Page Six filming will begin early next year.

In a recent interview with Task & Purpose, Irving explained that he had written “The Reaper” during a four-day alcohol binge after leaving the Army. The memoir was initially self-published onCreateSpace.com and then picked up by St. Martin’s Press. Irving’s second book, “Way of the Reaper: My Greatest Untold Missions and the Art of Being a Sniper,” was published in August of this year.

Irving is also a co-host of Fox’s “American Grit,” a reality series that premiered in April and was recently renewed for a second season.