“Way of the Reaper: My Greatest Untold Missions and the Art of Being a Sniper” is a slightly misleading title... 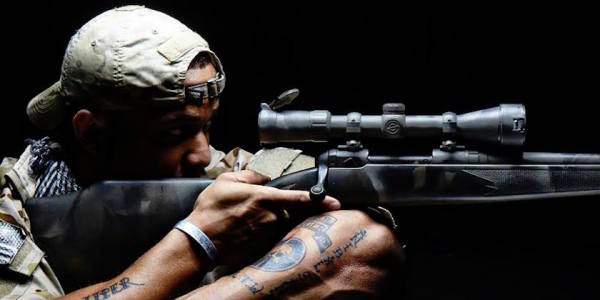 “Way of the Reaper: My Greatest Untold Missions and the Art of Being a Sniper” is a slightly misleading title for Nicholas Irving’s follow-up to his 2015 best-selling war memoir, “The Reaper.” It suggests a grandiose account of an elite warrior kicking ass and taking names at the very tip of the spear. But the book is much more earnest than that.

Irving, who served as a direct-action sniper with 3rd Ranger Battalion, saw too much combat during his six years in uniform to give his experiences in Iraq and Afghanistan the Rambo treatment. “Way of the Reaper” is full of action, but it’s also full of the other stuff young soldiers experience in combat, like embarrassment, confusion, and fear — not just of dying, but of failing to prove oneself in the heat of battle.

Born and raised in Maryland, Irving joined the military for the same reason a lot of young people joined the military during the early days of the Global War on Terror: He wanted to deploy. He also didn’t really have many other options. The son of two Cold War Army veterans who worked multiple jobs to pay the bills, Irving grew up playing football and not giving much of a shit about school.

“My mom was the janitor at my high school at one point,” Irving told Task & Purpose. “So I’d get picked on for that, and I’d get into fights for that.”

Irving graduated in 2004 with a 1.7 GPA. Less than a year later, he was patrolling the streets of Iraq, where, as an 18-year-old Ranger with aspirations of becoming a great sniper like his lifelong idol, Vietnam War hero Carlos Hathcock, he fell in love with combat.

Writing a book wasn’t part of the plan when Irving left the Army in 2010. In fact, Irving didn’t didn’t really have a plan. He burned up his savings feeding an alcohol habit that could’ve easily driven him into homelessness had he not stumbled upon a self-publishing website called CreateSpace.com. “The Reaper,” his first book, was written in a booze-fueled frenzy over about four days. But it was good enough to earn Irving a deal with St. Martin’s Press, a New York-based publishing house, and, ultimately, a spot on Fox’s reality television series “American Grit.”

“Way of the Reaper” focuses on the periods of Irving’s military service not covered in the first book, beginning with deployments to Iraq and then onward to Afghanistan, where Irving earned his nickname, “The Reaper,” in Helmand at the height of America’s military involvement there. It’s a coming-of-age tale of a young soldier growing up in the Ranger Regiment. And because Irving was a sniper — a very good sniper — that growth entailed killing a lot of people.

With “Way of the Reaper” due to hit shelves on August 8, Task & Purpose spoke with Irving about lessons learned in combat, his difficult transition back into civilian life, and his hopes for the book.

Your writing is lot more confessional than typical special ops memoirs. It reveals parts of you that you could’ve conveniently left out. Why?

I just wanted to show the world that we’re all human. There was nothing different about me or the guy next to me. I started off with a class of 85 guys, my selection, and we graduated seven. We just had a no-quit attitude, but at the end of the day, we were just regular kids coming out of high school or college or whatever, and for a person to say that they were never scared in combat, or never had any flaws, it’s not realistic. It’s not a video game. These guys aren’t action figures. We’re all human. We do crazy things and crazy missions, but at the end of the day, we’re all human. I don’t want to be viewed as a superman or some super hero. I’m just an average guy who was at the right place at the right time.

How would you describe yourself when you entered the Army?

I was 17 years old. I graduated high school with a 1.7 GPA. I never applied myself. I got into a lot of fights. I got suspended a lot. I wasn’t the perfect kid, as my mom would say. I was a rebel at some points. I think I needed the military to put me on the right path. I was always the type of guy who questioned a lot of things. My drill sergeant or platoon leader would say something and I would question it. Usually it would never worked out. I would get in trouble for it. So I had to learn discipline. Discipline was the biggest obstacle I had to overcome joining the military. I was not a good kid.

And how would you describe yourself when you left the Army?

Oh, man. Hellraiser. I loved combat. I loved deploying. I had a hot temper. I was still young — about 24, 25 — and I was going into contracting. My last deployment as a contractor was 2012. I was just used to that rush, like, if someone talks shit to you, beat this guy’s ass. So it took me a while to get out of that mindset. Then calming down on drinking. I wasn’t living off of Uncle Sam’s budget. I had to find a job and stuff like that, and I still wanted to maintain a habit of alcohol. I learned really quick how fast you can blow through a deployment savings on alcohol. It wasn’t a smooth transition. It was a couple of years of losing a lot of stuff and almost being a homeless vet.

Why do you think so many veterans struggle in a similar way?

I think it could be for many reasons. It could be that they miss the rush, and the thrill of deployment, and getting shot at, and their guys. It could be that they don’t want to — and I’m not knocking Walmart — but they might not want to take a job as a door greeter at Walmart or at a local gas station, or something like that. You’ve worked this badass life for so many years, and then to bring yourself down. It’s almost like an ego thing. To be jumping out of planes and doing classified operations one day, and the next day you’re working at a gas station getting yelled at by some college kid who’s never done anything in his life. It’s a struggle for some. I had to struggle with that myself. It’s just that stepping down a notch. I think that’s what the struggle is.

What do you hope young soldiers can learn from this book?

Be yourself. As long as you admit your flaws and learn from your flaws, you’ll be a better soldier at the end of the day. Every mistake that I’ve ever made in combat, whether it was big or small, it made me better on the next deployment. It made me better on the next training exercise. Better on the next shot. If you go into that job thinking you have to be perfect, you’re going to fail yourself and you’re going to fail your team. I think when other operators write these books, they put on this persona that we’re perfect, that we have no flaws. But no one is that way. Unless you’re walking on water and curing AIDS, you’re not that guy. Everyone makes mistakes. I have nothing to hide. My life is an open book. Like when you walk into the CO’s office, it’s an open door policy. Same thing with my books and my life. I’m not going to hide anything or say that I was the most epic soldier on the planet. That was not me.

What do you think civilians can learn from this book?

Getting an insight into not just the mindset, but the average life of a special operations guy. I get approached and usually someone might say, “I thought you were going to be this hard-ass guy who’s unapproachable and scary.” But after reading the book they loosen up and I’m a peer. I’m not Batman or Superman or the Incredible Hulk. Yeah, we did kill and have to do our job under certain circumstances, but we’re still approachable people. It’s just another look into the special operations community. Most of the time you see them on the news, they’re these mystical creatures who have green eyes and live in your closet, and civilians don’t really get a chance to see the human aspect of what it’s like to be one of us.

I think Iraq was more of an eye-opener. My first deployment was to Iraq and I was 18. The urban environment freaked me out a lot. The IEDs, the buildings, the city streets, the bazaars, close-quarters combat — it was a concrete jungle. And that’s what freaked me out. I’m already claustrophobic, I was born that way, so being in tight spaces, I don’t really like that. And getting shot at in tight spaces wasn’t my thing. Afghanistan was a more open environment. You had more of a chance to maneuver. You could seek cover and concealment. You had a chance to actually engage the enemy if you could see them. But Iraq was a jungle. It was way different. I would take Afghanistan over Iraq any day.

Do you miss the Army?

I miss the camaraderie. I miss the guys. I keep in contact with all the guys. I talk to them once a week or once every two weeks. Off and on, I get the urge to deploy again or pick up a few month gig in Iraq fighting with the peshmerga, or something like that. I’m almost 30 years old now. It sounds young but my back and my knees hurt every day. It feels like I’m 50, 60 years old. Could I still do it? Sure, I could still do it. But would I put someone else in jeopardy of dying? I’m a big believer that you can only pull the ace out so many times. You’re going to eat one, and I’d rather not do that. Looks like it hurts, man.