Economic concerns for the future are higher than in previous years among military families, according to advocacy group Blue Star... 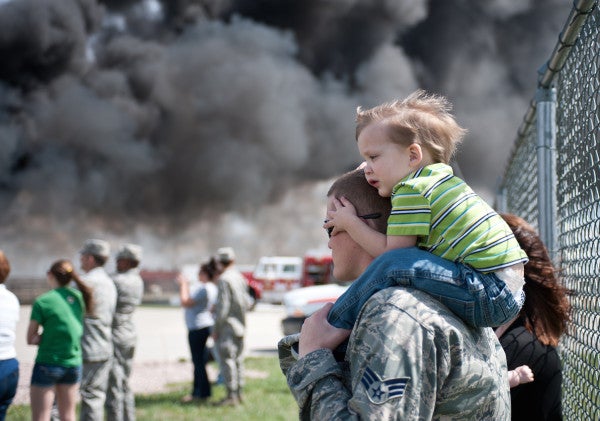 Economic concerns for the future are higher than in previous years among military families, according to advocacy group Blue Star Families’ annual survey, which was released on Oct. 28.

This year, she said, “We have several new trends and a certain number which are consistent. We see economic concerns really being stronger now than they had been years prior.”

For both active-duty spouses and members, 65% find military pay and benefits to be the most concerning area of military life.

In former surveys, a majority of those polled found operational tempo to be a much greater worry, but the rise in economic fears likely has to do with the trend that as major deployments decrease, military members are less troubled about the idea of deploying and more about the solvency of their benefits.

Within that segment of the poll, the top three obstacles to financial security identified by active-duty service members and their spouses are uncertainty in military life, military spouse employment, and saving for retirement.

“Military members and their families continue to be concerned about economic security issues and paid benefits and retirement,” Roth-Douquet told Task & Purpose.

The survey indicates that 73% of families reports incurring unexpected expenses as a result of the military lifestyle.

For some military families, the concerns about financial viability have a lot to do with spouse employment. In civilian households, it is often necessary for both spouses to work in order to afford the average cost of living. However, for military spouses, it is increasingly difficult to find work and provide a second income.

“Right now, 58% of military spouses are unemployed,” Roth-Douquet said. “We have a significant number of spouses say there is misalignment, where their career field doesn’t exist in the place they have to live.”

Even more staggering, 75% of spouses polled report that the military lifestyle has a negative impact on their ability to advance their own careers. This is especially relevant considering one-third of military families surveyed report area housing costs are higher than their housing allowance.

Aside from experiencing limited jobs in certain stations, some families report that unemployment has more to do with inadequate options for child care, she said.

In fact, 35% of respondents indicate they are not able to find childcare that fits their current situation.

“For a strong and secure military, we really need to find more creative ways to enable these military spouses,” Roth-Douquet added.

Beyond contemporary family-life issues, military families report concerns about the long-term solvency of their benefits, like the potential for loss of retirement in an era of drawdowns and shrinking budgets.

However, despite these concerns, morale among active-duty members remains relatively high. In fact, 97% of those who have served feel pride for their accomplishments within the military.

“That’s phenomenal number. I think you’d be hard pressed to find any occupation in America where 97% say that they feel pride in their accomplishments,” Roth-Douquet added. “It’s almost everyone.”

However, there are both strengths and weaknesses in the overall attitude toward military service, she said. One of the bigger problems evidenced by the survey is that only 45% of respondents would recommend military service to their own child, and typically military children are the strongest source of recruits. Additionally, 59% say they have no confidence in the federal government.

Unsurprising is the fact that a majority of those polled feel that civilians don’t understand the sacrifices made by veterans and their families.

The survey, which was fielded in April and May 2015, was designed by Blue Star Families in collaboration with Syracuse University’s Institute for Veterans and Military Families.