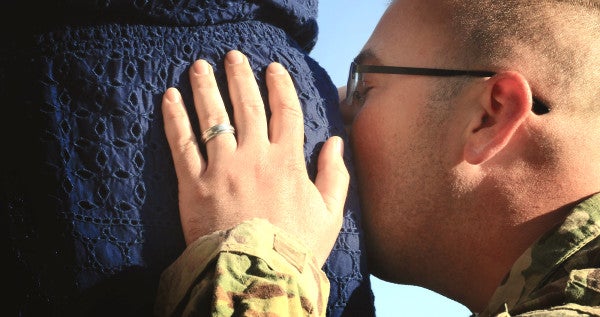 A dozen veterans groups and support organizations are rallying behind legislation that would enable the Veterans Affairs Department to offer in vitro fertilization services to veterans with wounds and injuries that prevent them from fathering children.

The measure — which has been championed for years by Sen. Patty Murray, a Democrat from Washington — was approved by the Senate Appropriations Committee last month and is now part of the omnibus veterans and military construction bill working its way through the full Senate.

Backers want to make sure the legislation sepasses.

“Much is said about honoring the sacrifice that veterans make for our families,” the groups wrote. “With your vote, you can demonstrate that commitment, making a real and fundamental difference in the lives of veterans and their families.”

In their letter, members note that numerous veterans have experienced pelvic, abdominal, urogenital and spinal cord injuries that left them unable to have children after being attacked by roadside bombs and improvised explosive devices in countries such as Iraq and Afghanistan.

Between 2005 and 2010, the Joint Theatre Trauma Registry recorded 1,525 genitourinary injuries, which can impair the physical, reproductive and mental health of the wounded. In 2010, the letter states, 12.7% of all battlefield injuries were recorded as relating to the GU system.

“This is tragic for many reasons, but especially because, for so many wounded warriors, families are what drives reintegration into civilian life,” the groups say.

Murray's amendment to the massive Military Construction and Veterans Affairs bill would provide for $88 million — $18 in fiscal year 2017 and $70 million in 2018 — for fertility treatments for veterans and their spouses if the veteran has a service-connected condition making it impossible to have children without the use of the treatment.

Murray, who has been advocating for IVF and other family services for veterans since at least 2012, said last month she was proud that her amendment came out of the committee with strong bipartisan support. The vote was 23-7 in favor of the amendment.

“This amendment is about fulfilling our promise to the military families who we ask to sacrifice and serve our country on our behalf,” Murray said afterward. “I know this is just the first hurdle. I will be fighting to see this through to the end so this country can keep up its commitment to care for our veterans and their spouses who dream of having a family.”

In previous bills, including one from February 2015 that remains in committee, Murray also pushed for authorization and funding for veterans and families to be assisted with adoption services, third-party donor and surrogacy as options.

Murray pulled it from the floor after some Republican lawmakers threatened to insert into it several so-called poison-pill amendments that would doom the entire package when it came to a vote.

An official with one veterans group backing the current legislation said the pared down amendment offered by Murray last month is the kind of assistance that most lawmakers can agree on. The veteran's advocate, who spoke on background, said there is always a concern that the other types of assistance would catch strong opposition from more conservative lawmakers, not only in the Senate but in the House when the bill reached there.

Some of these same groups that sent the recent letter to senators previously announced support for Murray's provision last month, along with other organizations. These include the Veterans of Foreign Wars, The American Legion, AMVETS, the Service Women's Action Network, American Society for Reproductive Medicine, and RESOLVE — The National Infertility Association.

In testimony last year on Murray's original bill, VFW Senior Legislative Associate Carlos Fuentes said the group supported the broad range of options available to veterans and service members in creating their families after a trauma that makes natural conception not possible.

Both the Defense Department and the VA, he said, “must have the authority to provide veterans the fertility treatment options that are best suited for their particular circumstances.”