American Service Member And Family Among Those Injured in Brussels Attack

An Islamic State bombing in Brussels on March 22 has left more than 30 people dead and injured more than... 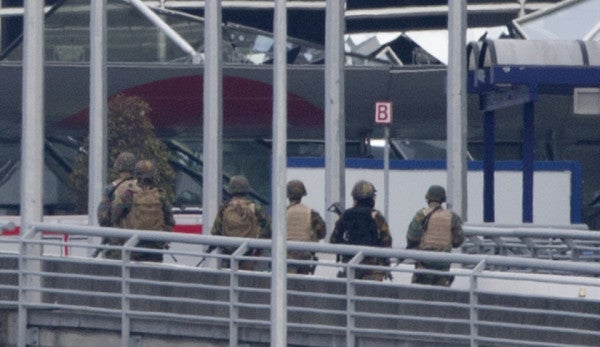 An Islamic State bombing in Brussels on March 22 has left more than 30 people dead and injured more than 100, including a U.S. service member and four members of his family.

“We are aware of one U.S. service member and his family who were caught up in this tragedy. Due to privacy concerns, we are not releasing the status of their injuries at this time,” Lt. Cheryl Collins, a spokeswoman for the U.S. European Command, wrote in an email to Military Times.

U.S. officials are working now to ensure the safety of all American citizens and interagency partners who are still in Brussels.

During a hearing on the military's health budget, Rep. Rodney Frelinghuysen, chairman of the House defense appropriations subcommittee revealed that, so far, six known Americans were injured in the attack. One was a service member and four were members of his family.

The names of the victims are still being withheld.

The North Atlantic Treaty Organization's headquarters is located in Belgian capital, and there are currently thousands of American military personnel and their families stationed in the city.

The Islamic State claimed responsibility for the attack, which included three bomb blasts that struck the airport and one of the city's metro stations. At least one was a suicide bomb.

Travel restrictions have been put in place by Belgian authorities, and military officials are urging NATO troops stationed across Europe to avoid any travel to Brussels.