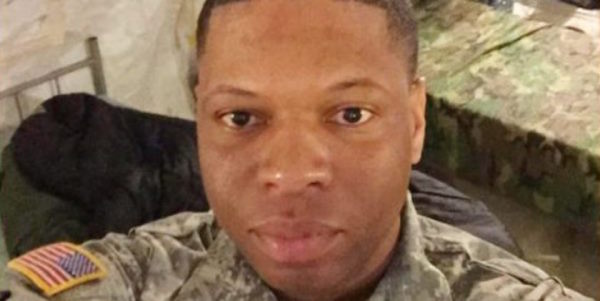 A U.S. Army Reserve officer was among those killed in the deadliest mass shooting in U.S. history.

Antonio Davon Brown, 29, was a captain in the Army Reserve and slain in the attack Sunday at an Orlando nightclub, Cynthia Smith, a spokeswoman at the Defense Department, confirmed in an interview with Military.com.

The Pentagon plans to release more details about Brown's service record on Tuesday, according to Smith.

Brown was a member of the Reserve Officers' Training Corps while a student at Florida A&M; University.

“We are especially saddened by the news that one of the victims was part of the FAMU family,” the university said in a statement.

“29-year-old Antonio Davon Brown was a criminal justice major from Cocoa Beach, Florida and a member of ROTC during his time on the Hill. He graduated from FAMU in 2008 and is being remembered fondly by classmates and fellow alumni on social media. We will continue to update you about plans for a memorial or service of remembrance for alumnus Brown,” it said.

“In the meantime, the Florida A&M; University community stands with the entire Orlando community in the wake of tragedy,” the university said. “Our thoughts, and prayers for peace, are with everyone in central Florida and across this nation.”

The gunman was identified as Omar Mir Seddique Mateen, a 29-year-old U.S. citizen and Muslim who lived in Fort Pierce, Florida, and whose parents were of Afghan origin. While he was apparently acting alone, he had pledged allegiance to the Islamic State in Iraq and Syria, or ISIS.

The incident was the deadliest mass shooting in American history, with at least 50 individuals confirmed dead, including the gunman, who was killed in a shootout with police, and another 53 injured. Several remain critically injured.

The shooting began around 2 a.m. Sunday morning at a packed Orlando nightclub called Pulse, which caters to the lesbian, bisexual, gay and transgender, or LBGT, community and lasted until around 5 a.m., when a SWAT team raided the building.

The shooting is also the deadliest terrorist attack on U.S. soil since Sept. 11, 2001, when al-Qaeda militants crashed airliners into the World Trade Center in New York City, the Pentagon near Washington, D.C., and a field in Pennsylvania, killing nearly 3,000 people.

One Twitter user said she and Brown served in the same ROTC class and that he served tours of duty in both Iraq and Afghanistan.

“I can hardly breathe,” she tweeted. “I never thought any one of us from Class of 08 would die young. We all came back from war safely.

“He killed my friend, my battle buddy,” she said of the shooter. “CPT Antonio Brown survived Iraq and Afghanistan to die like this.”

She went on to describe an incident during her senior year. After she was unsuspectingly dropped from her parents' health insurance, she got sick with the flu and passed out during class. Brown and his roommate carried her to his car and drove her four hours from Tallahassee to Fort Stewart, Georgia, so she could receive treatment from the Army.

“Antonio saved my life when no one else could be bothered to care,” she said.