There’s No ‘Right Time’ To Share Your Personal War Story

I don’t recommend living life out of fear, but fear is something we cannot seem to avoid. Whether we worry... 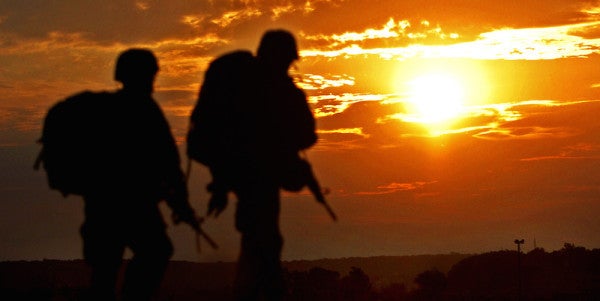 I don’t recommend living life out of fear, but fear is something we cannot seem to avoid. Whether we worry about climate change or something more immediate such as a personal ailment, the dangers to our well-being are real and should not be underestimated, which is why we should not wait to share our life experiences with others.

A feature documentary I watched recently highlights this point rather well. “Good Ol’ Freda” is a 2013 biopic about Beatles’ fan club secretary, Freda Kelly. In the doc, Kelly talks about staving off her son, Timothy, who wanted to know more about her past for years. It wasn’t until Timothy died and her grandson Niall was born that she agreed to talk. According to The Guardian, Kelly was persuaded in the end to tell her story by her daughter, who said, “Your memory box is going now – do it before the dementia sets in.”

When we’re younger, we think we’re invincible, and when we’re older, we suffer from a similar problem: We put things off, thinking that we’ll be able to attend to them at a later date, not realizing that we are lucky if we get the chance.

Related: The tragic truth about accidental deaths in the military »

Kelly was the Beatles’ secretary from 1962 to 1972. In other words, she was there for the music group’s rise and fall. But she herself didn’t think there was any value to it, saying, “Who wants to hear the secretary's story?” And this is part of the problem: Realizing one’s own value.

When I returned from Iraq in 2004, I didn’t think that there was much, if anything, to talk about. To this day, I still don’t think I went to war. On two separate occasions, my vehicle was hit with an IED, but I was never assaulted with sustained attacks such as small arms and RPG fire; and therefore, I never had to fire my weapon in self-defense. In other words, I had served in a combat zone, but I did not serve in combat. Despite this, it does not mean I do not have any stories to share.

It took me more than five years to realize this. Although I started attending free writing workshops for veterans beginning in 2009, I was initially in denial. My military experiences were not the most positive. So, I did my best to distance myself or disassociate myself from them. This is not uncommon for quite a few veterans I know. Unlike other veterans, however, I got lucky. Eventually, the stories I read in these workshops and elsewhere crept in. Although I was not a fan of the likes of Ernest Hemingway, for example, stories by him and others moved me and forced me to revisit the stories I had read in college or high school and did not necessarily appreciate then. These stories – as well as more contemporary ones – forced me to confront my own experiences.

Then finally, in January, I published my first piece of journalistic writing related to my experience as a grunt in Iraq. The piece received a good deal of praise from former members of my unit, and you could say that I wrote it in part for them. But the real reason I wrote about the death of Sgt. Garrison, and others, was for my daughter, who was born in late December.

I still have a lot of work to do as a veteran, as a writer and, now more importantly, as a parent. Most of us have a lot to do. My only hope is that we have enough time left.