A Marine veteran reportedly saved dozens during the June 12 mass shooting at Pulse, a gay nightclub in Orlando, Florida,... 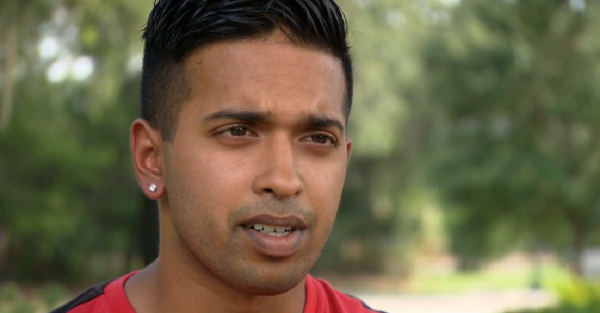 A Marine veteran reportedly saved dozens during the June 12 mass shooting at Pulse, a gay nightclub in Orlando, Florida, that left 50 people dead, including the gunman.

Imran Yousuf, a 24-year-old bouncer at Pulse and a veteran of the war in Afghanistan, helped guide patrons down a back hallway and out through a rear exit to safety during attack, reports CBS News.

Shortly after last call, Yousef went around the bar and to the staff hallway in the back of the club, barely missing coming face to face with the shooter, Omar Mir Seddique Mateen, who moments later, walked into the building armed with a Sig Sauer MCX rifle.

When the shooting began, Yousuf said he recognized the sound.

“The initial one was about three or four. That was a shock. Three of four shots go off and you could tell it was a high caliber,” Yousuf told CBS News. “Everyone froze. I'm here in the back and I saw people start pouring into the back hallway, and they just sardine pack everyone.”

Terrified patrons began pouring into the hallway, but the exit was latched shut.

“I’m just screaming, ‘Open the door, open the door,’ and no one’s moving because they’re scared,” Yousuf told CBS News. “There was only one choice, either we all stay there and we all die or I could either take the chance to get shot, save everyone else.”

Yousuf was able to get through the crowd to open the door, and said 60 or 70 people were able to make it outside of the club.

Related: Army Reserve Captain Among Those Killed In Mass Shooting At Orlando Nightclub »

The attack was the deadliest mass shooting in American history, leaving 50 dead including the shooter, and another 53 injured. Mateen was killed in a gunbattle with police that night. The 29-year-old U.S. citizen and Muslim lived in Fort Pierce, Florida, and his parents were of Afghan descent. Prior to the attack, Mateen pledged allegiance to the Islamic State in Iraq and Syria.

Watch the CBS News interview with Imran Yousuf below.