Why The Soldier Killed In Orlando Could Receive A Purple Heart

The Pulse nightclub in Orlando, Florida, witnessed the worst mass shooting in U.S. history on June 12. Among the 49... 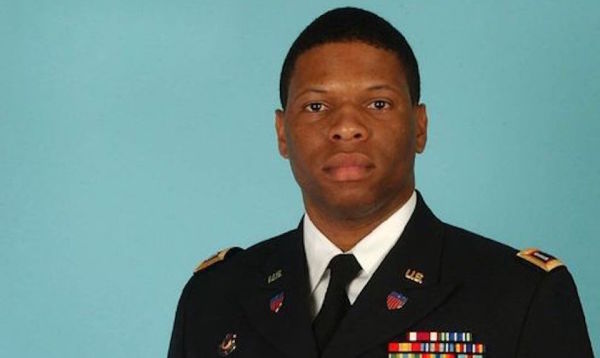 The Pulse nightclub in Orlando, Florida, witnessed the worst mass shooting in U.S. history on June 12. Among the 49 killed in what the the White House and the Justice Department have deemed an act of terrorism, is Army Reserve Capt. Antonio D. Brown.

Now, the Army will decide if Brown will receive a Purple Heart, the medal reserved for U.S. service members killed or wounded in actions against the enemy.

According to Army Times, Army spokesman Lt. Col. Jerry Pionk said the branch “will need the facts and clarifications from law enforcement to make future determination.”

There is, however, precedent for awarding the Purple Heart in cases of military personnel shootings, as well as international acts of terrorism.

Earlier this year, Airman Spencer Stone received the medal after subduing a gunmen and being stabbed in the Paris, France attack perpetrated by the Islamic State. Stone was on vacation in Europe at the time, and like Brown, was not operating in a military capacity.

In addition, the military personnel killed in the Chattanooga and Fort Hood attacks led officials to look at the valor awards process. As a result, four Marines and one sailor were given Purple Hearts posthumously after the Chattanooga shooting — an attack that was determined to be inspired by al Qaeda.

In 2014, the National Defense Authorization Act also added a section to federal law that allows the military branches to award Purple Hearts to those injured or killed in an attack made by a foreign terrorist organization.

Authorities are still investigating Orlando shooter Omar Mir Seddique Mateen relationship with the Islamic State. However, he did call 911 to pledge allegiance to the terrorist group in the midst of the attack.

The fact that Brown was off duty and out of uniform may still factor into the Army’s decision to award him a Purple Heart, however. Regardless, the Army will likely not be able to rule on the issue until police investigations have ended.