Did An Ill-Advised Stand-Down Order Cost Lives In Orlando?

Officer Brandon Cornwell of the Belle Isle, Florida, police department was conducting a traffic stop in a suburb of Orlando... 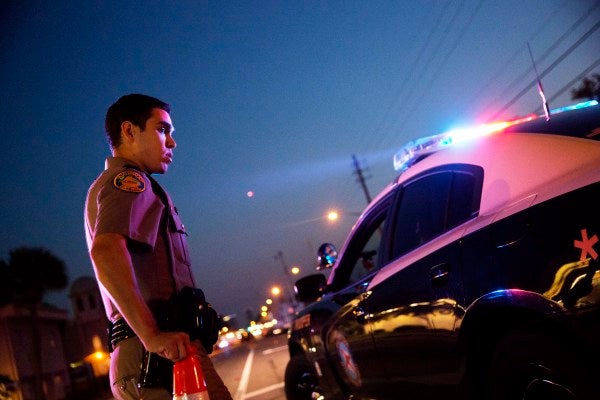 Officer Brandon Cornwell of the Belle Isle, Florida, police department was conducting a traffic stop in a suburb of Orlando on June 12 at 2 a.m. when a call came out on his radio reporting shots fired at the Pulse nightclub in Orlando. The club was a straight shot from Cornwell’s location — after hitting every green light along the way, he was able to make it to the scene within 38 seconds, he revealed in an interview with the Washington Post.

Cornwell, a 25-year-old Iraq veteran and former National Guardsman, was one of the first responders to arrive on scene, and reveals the initial courageous response of officers reacting to the terror attack that left 49 dead, 53 wounded, and a nation stunned. He spoke with The Washington Post’s Stephanie McCrummen at Belle Isle’s City Hall in the presence of his police chief who occasionally interrupted to stop Cornwell from offering too much detail.

Cornwell described arriving on scene and arming himself with his police-issued assault rifle.

“There was tons of people running out of the club,” he told the Post. “I grabbed my assault rifle and ran toward the club. At this point the shooter is still actively shooting inside.”

Cornwell and five other officers broke a window and crawled into the dark club. He said they were inside Pulse within two minutes of arriving on scene. He described the chaotic scene, “trying to locate exactly where the shooter was — we kept hearing people scream and shots fired.”

Cornwell and the group of officers followed the sounds of screaming and gunfire to the bathroom area, where they believed the shooter to be holed up. The team, tactically positioned behind a bar, aimed their rifles at the bathroom, and received orders to wait there.

“We just basically stayed there, waited for movement, and we just held our position until SWAT got there,” said Cornwell. “Once SWAT got there they told us to retreat, that they’d take over because we were not really in tactical gear — we were just in our police uniforms.” Cornwell estimates that it took 15 to 20 minutes, “maybe longer” for the SWAT team to arrive.

In the aftermath of the shooting, experts have questioned whether that order to stand down was the best response to the crisis.

“Being a policeman is a dangerous job. That’s why they give policemen guns. Everybody inside that club did not have a gun. When the police were ordered out, no one had a gun except the gunman.”

Orlando police have claimed that once the shooter, later identified as Omar Mateen, was inside the bathroom, they shifted from an active-shooter protocol to dealing with a barricaded person. Grollneck told Politico that justification doesn’t hold water. The shooter had already demonstrated his intent to kill, and SWAT would wind up having to go in and take him out, but it wouldn’t be until three hours after officers were poised to do that within minutes.

Mateen would later tell authorities via phone that he was armed with explosive devices, but Grollneck said even if police had that information when they ordered the stand-down, it shouldn’t have mattered.

“Let’s give them the benefit of the doubt. There’s reports the guy has a suicide vest or possible bombs. Now we know it’s a terrorist attack …” Grollneck said. “ … do you not go in to give him time to activate the bomb that could kill 100,000 people outside? Or do you go in and take the chance immediately at the risk of 300 people?

“The leadership of the Orlando Police Department failed the people inside the club,” Grollneck said bluntly. “… this was risk-adversity by supervisors.”