Washington Paper Calls For VA Secretary To Be Fired

The editorial board at the D.C.-based Washington Examiner called for the removal of Robert McDonald as secretary of the Department... 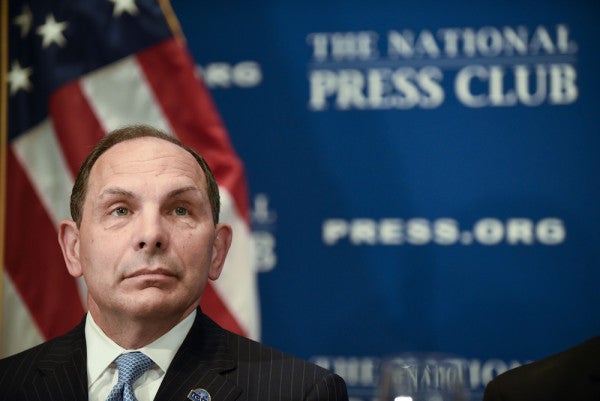 The editorial board at the D.C.-based Washington Examiner called for the removal of Robert McDonald as secretary of the Department of Veterans Affairs in an op-ed published May 24.

The missive, titled “Fire Robert McDonald,” called out the secretary for his inaction, and for downplaying the problems within the department.

“Instead of mending the agency, McDonald has adopted the cavalier disregard of veterans that he was hired to end. He has become the lead excuse-maker for an uncaring and self-serving bureaucracy,” the letter reads.

The staff then goes on to reference his recent comment that VA wait times are similar to Disney World lines.

“When you go to Disney, do they measure the number of hours you wait in line? Or what’s important?” McDonald told reporters at Christian Science Monitor breakfast.

Despite the VA’s attempt to contextualize the quote, The Washington Examiner said the fact that he made the comparison at all shows how unfit he is to hold the position of VA secretary.

It adds, “Veterans, who put their lives on the line for their country and in many cases received grievous wounds, are not remotely comparable to pleasure-seeking holidaymakers,” in reference to the comment.

Related: What Bob McDonald’s Lies On Special Forces Service Mean For His Efforts To Fix The VA »

The Washington Examiner editorial staff, however, is not the only group that feels he should be fired. Sen. Roy Blunt, a Republican from Missouri, has also called for McDonald to resign over his Disney remarks.

A number of politicians have condemned the statement, including House Speaker Paul Ryan, and Arizona Sen. John McCain, who also a veteran. However, neither of the two officials suggested McDonald should be fired or resign.

Do you agree with The Washington Examiner? Take our poll.