On Sept. 7, the House Committee on Veterans Affairs held “From Tumult To Transformation,” a hearing to review the Commission... 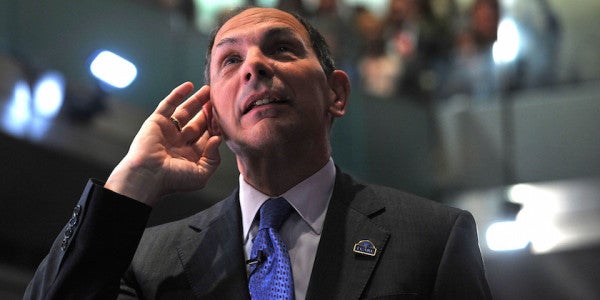 On Sept. 7, the House Committee on Veterans Affairs held “From Tumult To Transformation,” a hearing to review the Commission on Care’s 18-point final report presented to the president via the VA secretary last June. Despite some solid recommendations, such as consolidating community care and revamping the VA’s antiquated IT system, the controversial decision to create a board of directors to govern the VA gained the most attention — a decision that will only reinforce the status quo at the VA and will further add to the politicization of this agency.

The Commission on Care was created as part of the Choice Act, which aimed to address the egregious errors that led to the scandal at the VA hospital in Phoenix in 2014. However, since its inception, the commission has been plagued with disagreements over whether the VA should or should not be privatized — pitting fans of the Veterans Health Administration against Koch brothers-funded members of Concerned Veterans for America and other hospital-industry executives.

The struggle came to a head when one-fifth of the commission members refused to sign the final report due to disagreement over its final recommendations. Because of this, I can only see the recommendation to govern the VA via an unelected board as yet another partisan roadblock that will prevent stakeholders from address pressing issues, as well as further decreasing the VA’s efficiency.

Related: We Need To Talk About The Healthcare Promises Made To Vets »

The biggest hurdle for supporters of the board to overcome is its constitutionality. According to the Secretary of Veterans Affairs Robert McDonald, “Such a board is neither feasible nor advisable for both constitutional and practical reasons.”

In a statement released Sept. 1, McDonald noted, “Most problematically, this proposal would seem to establish VHA as an independent agency, which would frustrate ongoing efforts to improve the veteran's experience by integrating veterans health care and services across VA, making it more difficult for veterans to receive the quality care where, when and how they need it.”

Commission chairwoman Nancy Schlichting asserts that there could be ways around the constitutionality of the proposal, but has not offered specifics. Without a concrete plan to address the legality of this recommendation, the battle will continue, while issues like the growing appeals backlog continue to grow unnoticed.

Similarly, one of the VA’s biggest current problems is the inability of the secretary to do anything productive without battling one of the largest bureaucracies in the nation. It is difficult to imagine things functioning more smoothly if McDonald has to run everything he does by a hyper-partisan board of unelected officials. This suspicion is only compounded considering one of the least productive congresses put together the original Commission on Care and they couldn’t even agree on their own Commission’s recommendations. The likelihood that a board appointed the same way would somehow achieve better results just seems laughable.

Creating an unelected board of directors to govern the Unites States’ second largest bureaucracy will not solve the problems plaguing the VA. The agency already has a reputation for sluggishly addressing veteran needs, and adding another decision-making layer will not help this. Partisan gridlock in Congress has already harmed veterans. Carrying that into the Department of Veterans Affairs seems more like just another plan to paralyze the VA in an effort to strengthen the privatization argument, not to ensure our heroes get the care the deserve, when they need it.