Tiffany Smiley’s husband Scotty lost his eyesight in Iraq to a suicide car bomb in 2005. Since then, he has... 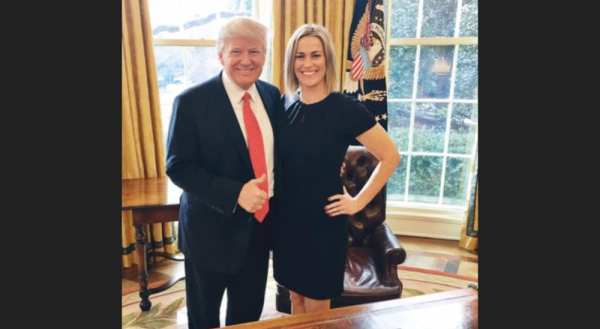 Tiffany Smiley’s husband Scotty lost his eyesight in Iraq to a suicide car bomb in 2005. Since then, he has been in and out of Department of Veterans Affairs hospitals all across the Spokane, Washington area, while she has been on a mission to make sure that the VA is providing the best care possible to him and to all other veterans.

“We've had long, hard days. Days when the system that was supposed to be there to care for us was making our life harder, and making our sacrifice feel that much greater,” Smiley recently said on Fox and Friends.

When Scotty was injured, Smiley quit her job as a nurse to care for him full time. And in order to get coverage from the VA, the couple had to complete piles on piles of paperwork to apply for all the grants and benefits to which he was entitled. Smiley watched, unable to really help, as her husband was denied access the first time. From there, the couple was advised to hire a lawyer to help navigate them the VA processes.

The challenge to get basic benefits turned Smiley into an activist for veterans. Last week, she was given a chance to meet with President Donald Trump to share her family’s story, while encouraging him to make VA processes more efficient. Her husband has been in the VA system for more than 11 years now, and Smiley says that while some services have gotten better, others still need work.

“As far as benefits go, it feels like is set up to deny you the first time,” she told Task & Purpose. “On the medical side … it did not feel like we were offered the best care.”

Still, Smiley does not believe that the VA should be privatized, and she did find that former VA Secretary Robert McDonald was turning the ship in a better direction, and she hopes that will continue. Currently, Smiley is not working with any policymakers or veteran service organizations, but she hopes her story will compel them to act in the best interests of all veterans.

Philanthropist and Marvel Entertainment CEO Isaac Perlmutter assembled the group to discuss what was working and not working in the VA with the president on Feb. 7, and he invited Smiley to come and tell her story. She, along with a number of healthcare professionals — some from the Cleveland Clinic, some from Mayo — attended the meeting in hopes that they may advise the new White House administration about how to tackle some of the VA’s biggest problems.

“It was amazing to listen to them, to hear their expertise,” Smiley said. “I think a lot of them were shocked to hear the troubles with the VA and how it’s set up. It’s almost like it’s not set up to be efficient in the first place.”

“It was just good conversation, brainstorming, giving ideas on how we can improve care for our veterans,” she said.