One Fort Campbell Army wife brought four new lives into the world on Dec. 30, despite a mid-pregnancy cancer diagnosis.... 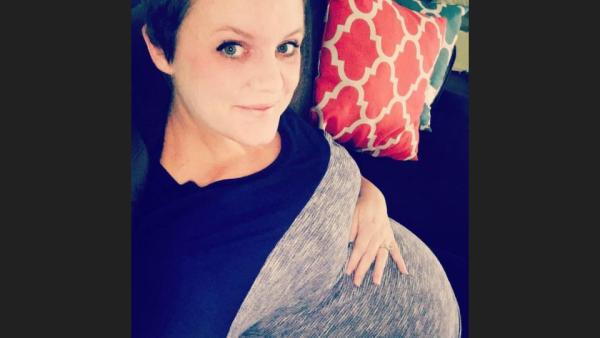 One Fort Campbell Army wife brought four new lives into the world on Dec. 30, despite a mid-pregnancy cancer diagnosis. Now she’s fighting for her own.

Kayla Gaytan, a 29-year-old mother of six who is married to U.S. Army Sgt. Charles Edward Gaytan Jr. of the 163 Military Police Detachment, was diagnosed with Hodgkin’s Lymphoma in January 2016, WKRN.com reports. She was newly in remission and done with chemotherapy when she found out she was pregnant with quadruplets.

“It was some of the most — not nerve wracking, but unexpected — words ever come out of her mouth,” Gaytan’s husband told local news station WKRN-TV in an interview.

But though she was in remission, she wasn’t in the clear.

According to a note by Sgt. Gaytan on a GoFundMe page started by the family, a biopsy taken at the 28-week mark confirmed that his wife’s cancer had come back.

“You think you’ve beat it the first time,” Gaytan told WKRN-TV. “When it comes back, you’re just wondering, why get pregnant with these four babies and then, you know, something like this happens.”

While Gaytan was shooting to make it to the 34-week mark, she delivered the quadruplets on Dec. 30 — 30 weeks into her pregnancy — via Caesarean section.

The babies were reportedly born without any complications, but, by New Year’s Eve, both Charles and Victoria needed chest tubes.

And though Gaytan’s doctors reportedly gave her 50/50 odds of making it through the next five years, their estimates have done nothing to stop her fight.

She’s slated to start her first, three-day round of chemotherapy on Jan. 18, with another session scheduled for three weeks later, according to a Jan. 4 Facebook post. These treatments are intended to take out her immune system in preparation for a stem-cell transplant.

“As always I'm stubborn and believe I'll beat those odds hopefully,” she wrote in the post. “I believe it's my ‘F Cancer’ attitude that has gotten me this far. As always I'm greatly appreciative of all the prayers for my family and I.”

“It's hard for me to keep the faith when I was given remission, to be given the blessing of 4 beautiful babies to only now, be given Cancer again and not be able to fully take care of them when they are born,” she wrote in a Dec. 17 Facebook post.

But Gaytan hasn’t let that fear deter her from believing that things will be okay.

Exhibit A? The Christmas ornament she bought with the names of all six of her children – though the quadruplets were yet to be born.

If you’d like to help the couple, you can visit their GoFundMe page here. At press time, they’d raised more than $5,000.