A former Marine and congressman has pledged to oppose a congressional waiver for retired Marine Gen. James Mattis to serve... 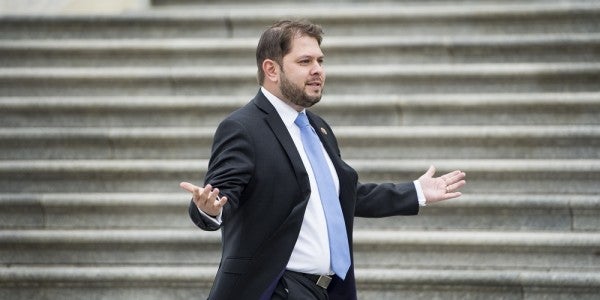 A former Marine and congressman has pledged to oppose a congressional waiver for retired Marine Gen. James Mattis to serve as secretary of Defense. Following President-Elect Donald Trump’s announcement that he selected Mattis to head the Defense Department, Democratic Rep. Ruben Gallego of Arizona’s 7th District issued a statement on Dec. 5 pledging to oppose the waiver.

“As a veteran, I believe strongly in the principle of civilian leadership of the military,” reads Gallego’s statement. “I do not believe this long-standing check should be cast aside, and I will oppose a waiver of this rule, even for someone as exceptionally qualified as General Mattis.”

Mattis, who retired in 2013, requires a congressional waiver in order to assume the role of secretary of defense. Per Title 10 of the U.S. Code, the law, passed in 1947 and originally titled The National Security Act of 1947, requires those who serve in this post be retired from active-duty military service for seven years prior to their appointment. Because Mattis retired three years ago, he needs Congress to approve an exemption for the time requirement.

Related: Here’s What Mattis Actually Needs In Order To Be SecDef »

Following Gallego’s statement, he received sharp criticism from other military veterans who see the opposition to the waiver as an example of partisan politics interfering with national security.

“Rep. Gallego would do well to reconsider his stance in light of what is best for our country not just a ‘long standing check,'” Bill Sahno, a Marine colonel who retired after 30 years of service in 1991, told the Washington Free Beacon. “His present stance is not representative of what is best for our military or our country, and that is from one Marine to another.”

Task & Purpose reached out to Gallego’s office for comment, but received no response at the time of publication.

In his statement, Gallego said that his opposition to the waiver was over civilian control of the military, and not Mattis’ service record.

“As a fellow Marine, I greatly admire General James Mattis’ dedication and leadership,” said the former enlisted Marine who served in Iraq in 2005 with 3rd Battalion, 25th Marine Regiment. “We all should be incredibly grateful for his many years of service to our nation.”

Few other Democrats have indicated that they may oppose Mattis’ waiver. In a Dec. 1 statement Sen. Kirsten Gillibrand of New York, said the issue was with “civilian control” of the military, and not with the retired general’s credentials.

“While I deeply respect General Mattis’s service, I will oppose a waiver,” Gillibrand said in the statement. “Civilian control of our military is a fundamental principle of American democracy, and I will not vote for an exception to this rule.”