Shortly after Business Insider wrote about a new technology that can reveal people and objects in 3D through walls using... 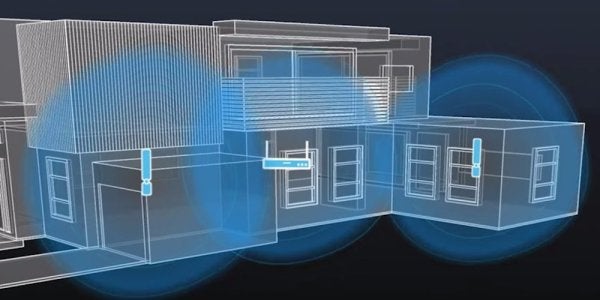 Shortly after Business Insider wrote about a new technology that can reveal people and objects in 3D through walls using Wi-Fi, we received a call from the U.S. government.

The call was from Brett Scharringhausen, a technology scout with the Central Command, also known as CENTCOM. The group oversees US military operations for the Department of Defense in 20 countries located throughout the Middle East, northern Africa, and parts of Asia.

Scharringhausen was looking for more information on the Wi-Fi holography technology, possibly in hopes of capitalizing on it for the armed forces. (We pointed Scharringhausen to a publicly available study about the technique in the journal Physical Review Letters.)

“I go out looking for new technologies of the year that could support men and women in uniform,” Scharringhausen told Business Insider.

However, Scharringhausen says the CIA, police, FBI, and others “would all like to look through walls”, and that the most promising technologies get shared far beyond the walls of CENTCOM.

“If we find something useful, we socialize it with them,” he says — with “them” being his bosses, the armed forces (the Army, Navy, Air Force, Marines, and Coast Guard), and ultimately the Department of Homeland Security, the Department of State, CIA, FBI, NSA, and other relevant federal agencies.

If multiple wings of the government have a need for a certain technology, the thinking goes, Scharringhausen says it's easier to achieve “economies of scale” in manufacturing, avoid redundancies, get it into the hands of troops and law enforcement officials more rapidly, and save taxpayer dollars.

A diagram showing the equipment required to do Wi-Fi holography.Photo via Philip Holls and Friedemann Reinhard/Physical Review Letters

It's not hard to imagine why CENTCOM or other government military and security agencies would want a technology that could photograph people through walls in 3D. In hostage situations, covert military operations, police stakeouts, and other dangerous scenarios, for instance, such images could mean the difference between life and death, or a criminal who is captured and one who gets away.

To be clear, the specific see-through-walls WiFi technology that CENTCOM asked us about, which can only see rough shapes (not details such as faces), may not ever be used by the government.

For one, the ability to make on-the-fly holograms of people and objects through walls is still in its infancy, so it may take many years and possibly millions of dollars to develop into a practical technology.

Second, anything that a technology scout considers must pass several high bars, including avoiding redundancies with other devices or techniques. If it doesn't entirely replace a legacy device or system while improving it, “it is called additive and that is almost certain to fail” funding consideration, Scharringhausen told Business Insider in an email.

However, technology scouts are also supposed “eek out game-changing technologies which our customer(s) don't know they need,” on 10- or even 20-year timelines, according to an unclassified presentation provided by Scharringhausen. He says these out-there projects can receive funding, even if they're unlikely to work now, because they might be useful later.

Philipp Holl, a 23-year-old undergraduate physics student at the Technical University of Munich who led the new technology's development, told Business Insider via email that he hasn't yet “had any contact with someone from the U.S. Central Command”. (Holl worked with his supervisor, Friedemann Reinhard, on the research.)

You can also watch the video below, which shows how it works.