The parents of an American journalist and Marine Corps combat veteran who went missing in Syria in 2012 believe their... 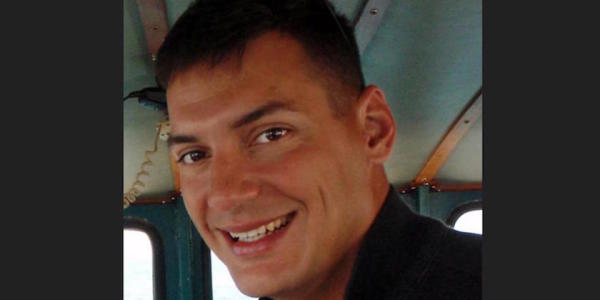 The parents of an American journalist and Marine Corps combat veteran who went missing in Syria in 2012 believe their son is alive and are “fully confident” he will be released by his captors, The Washington Post reports.

“We are willing to cooperate with any government or group in order for our son to return home,” said Debra Tice, speaking at a news conference in Beirut on July 20.

Debra, joined by her husband Marc Tice, said the pair were willing to work with any government or group to secure the release of their son, Austin Tice, who, according to Paris-based media advocacy organization Reporters Without Borders, is the last American journalist detained in Syria. Who Tice’s captors are remains a mystery, though theories abound.

“We honestly do not know who is holding Austin,” said Debra Tice, according to the Associated Press. “For us the speculation on that question is less important than for them to reach out and engage with us so that we can…bring our son safely home.”

Debra Tice has traveled to the Syrian capital of Damascus numerous times in search of her son, and she and her husband have been communicating with both the U.S. and Syrian governments as the investigation continues. The Trump administration has made the release of captive Americans abroad a top priority.

“Our message has been the same for five years,” Debra Tice said at the conference. “We are just asking whoever is holding Austin: What is going to be required to resolve this issue and bring Austin safely home?”

Tice, of Houston, Texas, first arrived in Syria in May 2012 and covered the country’s civil war as a freelance reporter for The Washington Post, McClatchy newspapers, CBS, and other news outlets. He has not been heard from since he appeared in a video released six weeks after he disappeared near Damascus in August 2012. The footage shows Tice, then 31 years old, blindfolded and under duress, on a remote hillside surrounded by armed men. After saying something in Arabic, he says, “Oh, Jesus. Oh, Jesus.” Then the camera turns off.

A former Marine infantry officer who led troops in Iraq and Afghanistan, Tice was scheduled to graduate from Georgetown University Law Center in 2013, according to his LinkedIn profile. He is one of a handful of American journalist who were abducted while covering the Syrian civil war, which erupted from a peaceful protest movement in 2011.

Two of those journalists, James Foley and Steven Sotloff, were beheaded by ISIS militants. Videos of their deaths, which were widely circulated on the internet, helped draw international attention to the brutality of the Islamic State.

U.S. officials have previously said that they believe Tice is being held by the government of Syrian President Bashar Al-Assad, and, in June, The New York Times reported that CIA Director Mike Pompeo had begun back-channel negotiations with the regime to secure Tice’s release. That communication ended after President Donald Trump ordered strikes on a Syrian air base in response to a chemical-weapons attacks on civilians in Idlib province in April, according to the Washington Post.

Last year, upon releasing Kevin Patrick Dawes, an American freelance photographer who had been held by the Syrian government for three years, the country’s deputy foreign minister told the Associated Press that the government had no knowledge of Tice’s whereabouts. But in a recent posting on its website, Reporters Without Borders, said that Tice “is alive and he is not being held by ISIS.”

“We don’t give up,” Debra Tice said at the conference. “We’re waiting. We’re ready. We’ll get you home. Hang in there.”