This Decorated Marine Was Killed Trying To Help A Crashed Driver

Marines are mourning the loss of Staff Sgt. Enrico Rojo, who lived a hero’s life and died trying to help... 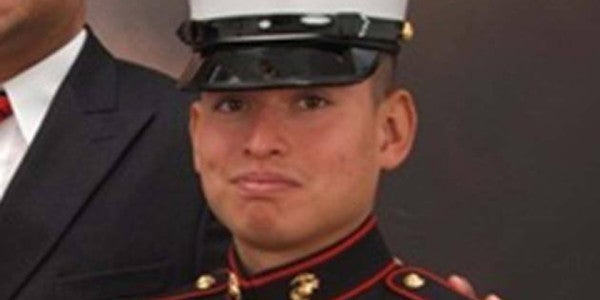 Marines are mourning the loss of Staff Sgt. Enrico Rojo, who lived a hero’s life and died trying to help a woman in a car crash the morning of Dec. 19.

The 29-year-old Marine was stationed at Twentynine Palms, California, and was headed to Los Angeles International Airport with his wife, to visit his family in Texas for the holidays, when he stopped at the scene of the crash, according to CBS Los Angeles.

A Toyota Matrix had impacted with a semi-truck and rolled over. Rojo stopped and was asking the driver if she was okay when he was struck by another car that couldn’t see him on the dark highway in the morning hours.

The driver of the car that struck him called 911 and attempted to provide aid. When firefighters arrived, they found Rojo’s wife holding his hand. It was too late, he was gone.

The driver of the Toyota Matrix was arrested for suspicion of drunk driving.

Officials from Delta Company, 4th Tank Battalion, said in a Facebook post that Rojo was the company’s headquarters platoon sergeant.

“He died trying to help a complete stranger in need, which is no surprise to us that knew him,” the post read.

Rojo was a Purple Heart recipient from a deployment in Afghanistan where he survived the blast of an improvised explosive device.

“That’s how I raised him,” his father told the local CBS affiliate in Houston. “To be concerned, to be a good person. He was the best son you could hope for.”