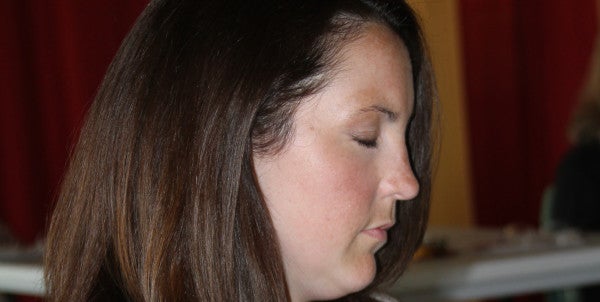 Think the stress of military life makes it harder to sleep? It's probably not just your imagination.

Findings from a new study announced June 8 show that military spouses are getting below the average amount of sleep recommended for adults — and that sleep quality is even worse for spouses of currently deployed service members.

“It suggests that sleep problems are really a very salient feature in military spouses' lives and interfere with daytime functioning,” said Wendy Troxel, the study's senior investigator and a senior behavioral and social scientist at the RAND Corporation. “The types of stress military families endure … all of these take resilience, and when you're not sleeping well, it's hard to be resilient.”

Of the almost 1,500 spouses examined in the study, including those whose service member had never deployed, 44% reported sleeping six hours or less per night, while about 54% said they felt impaired during the day due to lack of sleep. About 62% said they had daytime fatigue at least one to two times per week.

The study was conducted using data from RAND's Deployment Life Survey study, which examined a variety of habits and outcomes connected to deployment within military families. That report was released earlier this year.

The Centers for Disease Control recommends that adults get between seven and eight hours of sleep each night, and last year called insufficient sleep a “public health problem.” Poor sleep habits are associated with diseases such as hypertension, diabetes, depression and obesity, CDC officials report.

Troxel said spouses who are think they are not getting enough sleep should get help by contacting their doctor and by practicing good sleep habits, such as keeping a good sleep routine and avoiding electronics immediately before bed.

“I think it's important for both service members and spouses to recognize the importance of sleep, and if they're experiencing poor sleep quality on a regular basis or experiencing significant fatigue that's interfering with daily functioning, that they speak to somebody about it,” she said. “Sleep affects every facet of our physical health and functioning, but also it impacts our relationship health and our ability to be supportive to our partners.”

The results of the new sleep study will be presented June 12 at the annual Associated Professional Sleep Societies LLC meeting.