Marine Corps Commandant Gen. Robert Neller signed off on making the M4 carbine the primary weapon for all infantry battalions,... 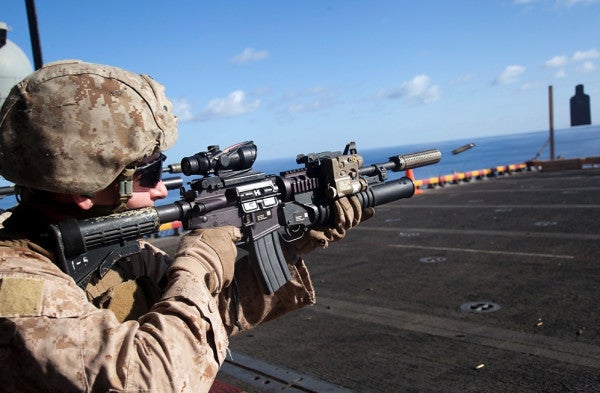 Marine Corps Commandant Gen. Robert Neller signed off on making the M4 carbine the primary weapon for all infantry battalions, security forces, and supporting schools by the end of September 2016. According to Marine Corps Times, the formal adoption of the M4 comes after extensive testing, backed by combat experience, which demonstrated that the smaller carbine outperformed the older rifle across the board.

“We made the proposal, and we just got the head nod from the commandant,” said Chris Woodburn, a deputy branch head with the Marine Corps Combat Development Command. “We get improved capability at no cost, a smaller and more compact rifle that shoots better for infantry.”

Nearly half of the force already has the M4 as a personal weapon, which means the conversion will come at little cost to taxpayers.