Why Everyone Benefits When Male Leaders Mentor Women

“Athena Rising: How and Why Men Should Mentor Women” is a book for men. The recent leadership guide by Naval... 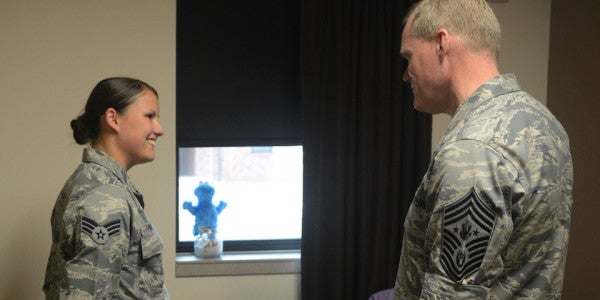 “Athena Rising: How and Why Men Should Mentor Women” is a book for men.

The recent leadership guide by Naval Academy Professors Dr. W. Brad Johnson and Capt. David G. Smith is a call to action for male leaders to use their positions of power and authority to promote talented women — throughout the book called “Athenas” after the Greek goddess of wisdom — through active mentorship.

Following on the heels of Sheryl Sandberg’s “Lean In,” which discusses challenges professional women face and encourages women to advocate for themselves, “Athena Rising” wants male leaders to understand that organizations thrive when drawing from 100% of the talent pool.

The imperative for men to mentor women is twofold. First, men are typically those in leadership positions and still the dominant gender in most professions, and therefore should be mentoring allpromising talent. Because male leaders tend to subconsciously seek out mentees who remind them of themselves, women often get left behind in this process, and are under-promoted.

Second, the professional development of women is an organizational talent management issue. With women earning more baccalaureate and advanced degrees than men, it should follow that employers’ self-interest should cause them to take every effort to recruit, retain, and develop women’s careers. Data shows that businesses that do so are more successful. As Johnson told Task & Purpose, if nothing else, developing female talent is “a dollars and cents, bottom-line issue.”

“Athena Rising” highlights systemic issues women face in the workplace, and how men can best actively mentor and advocate for talented Athenas. Throughout the book the authors specifically show how unconscious biases can disadvantage women. Demonstrating and breaking down harmful stereotypes form the heart of the book. One example is the “prove it again” bias, the “reality that qualifications and competence are only as good as her last performance.” In contrast, the authors show that men are often selected for assignment based on potential rather than qualification.

Women are not the only beneficiaries. Males who mentor women report improvement in both work and interpersonal skills through these interactions. Broadening whom you choose to mentor actually makes you better at it.

As they go from “why” to “how,” the authors give some examples of “guy scripts” (father/daughter, warrior-knight/maiden-in-distress) and “what not to do” to help men navigate their professional relationships with women. Throughout the book, there are personal stories from 20 professionally successful women discussing challenges and how their mentors helped them overcome those challenges to achieve their goals.

Related: How Serious Is The Army About Fostering A Mentoring Culture Within The Ranks? »

Women readers may find the book frustrating, since it says a lot that professional women have already known and have written about for years. But Smith and Johnson, as professionally successful men, grant legitimacy for male readers. An unfortunate reality is that if a problem is shaped as a “women’s issue,” it’s often belittled or ignored. If an issue is adopted by those empowered by the status quo — specifically white men — it gains credibility and seriousness. The authors acknowledge this reality, aware that some men may not see the salience of the issue unless they hear it from men. Johnson and Smith prove to be excellent translators (or “manslators”), framing male-female mentorship as essential to organizational success, while simultaneously lending their tremendous credibility as accomplished professional men.

“Athena Rising”is undoubtedly written in what Johnson refers to as “dude language,” as if the authors are having a conversation with a bunch of men. At one point in the book, the authors note that addressing gender bias in the workplace may be challenging for men, but, “If this feels too scary or overwhelming, we kindly suggest that you stop whining and grow a pair.”

How to do you get men to realize that they need to play an active part in this process? In a phone interview, Smith observed that there are three kinds of men: men who already “get it”; the knuckle-draggers who never will; and the majority of men who are thoughtful, well-meaning, good people who may just need a little help understanding the issues. Furthermore, Smith said, “There’s also the group of guys out there who think we’ve already solved this problem … they’re willing to engage in a conversation, and need to understand why there’s still more work to be done.”

Mentorship proves a relatively neutral subject to bridge the conversation about gender equality. Everyone understands it and has participated in mentorship in some way in their careers. And all men could also benefit to learn about the differences in socialization and unique challenges that women face in order to also improve their personal relationships with women.

Discussing mentorship also provides an opportunity to not only bridge a gender divide, but a generational one as well. Millennial women entering the workforce were raised in a more gender-equal educational environment and are often shocked to find that the gender dynamics in the workplace still resemble those experienced by their mothers. Senior male leaders need to change this dynamic for the good of their organizations.

Smith explained, “We hope that for our generation, older generations of men who are CEOs and presidents, for those guys to get out there and be the ones talking about it and modeling it, giving permission to younger generation to be doing this.”

The reality is that in order to survive and thrive, organizations need to promote the most talented people from 100% of their talent pool, and at least half of those individuals are likely to be women. Men need to help lead the effort to ensure that becomes a reality.