Soldier Dubbed ‘Spiderman’ After Scaling Burning Building To Save Family

A South Korean woman says an American soldier who scaled a burning apartment building to rescue her and her baby... 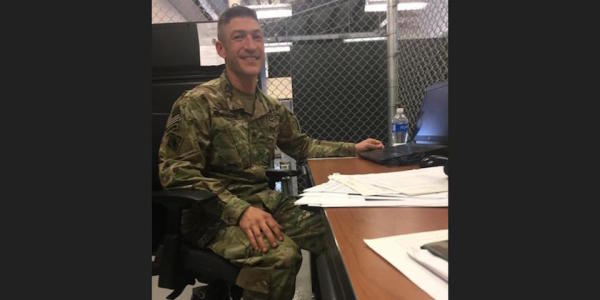 A South Korean woman says an American soldier who scaled a burning apartment building to rescue her and her baby last month should be recognized for his bravery, Stars and Stripes reports.

“I deeply appreciate what he did that day,” Sun Yong Helmer, a nurse at Camp Humphrey, told the base public affairs office. “I really believe that he’s a hero.”

Helmer and her baby were at home in their third-floor apartment on Feb. 5 when the building caught fire. She tried to escape, but the smoke in the stairwell was too thick. So she called the fire department and waited for help to arrive.

“The smoke started coming through under the door, first white, then grey, and then black,” Helmer recalled. “I was so, so scared.”

Meanwhile, 33-year-old Staff Sgt. Victor Gomoimunn, a soldier assigned to the 339th Quartermaster Company, was downstairs, trying to figure out a way to get into the building. He and his wife and two daughters had spotted the fire while on their way to the commissary.

A group of people were gathered around the building when Gomoimunn and his family arrived on the scene. Helmer’s husband said his wife and child were inside and that he had attempt to reach them but failed.

“No one was doing anything — so I went,” Gomoimunn said.

Helmer was surprised when she saw Gomoimunn outside her window. He had climbed up a gas pipe to get there, and his plan was to take Helmer and her baby back down with him.

“I felt horrified, but he brought big comfort,” Helmer recalled. “He tried to examine the rooms and see what he could do.”

Gomoimunn soon realized that the safest option would be to bring Helmer and her 10-month-old daughter to the balcony and wait for the professionals. Twenty minutes later, firefighters arrived and escorted the trio out of the building.

Following the incident, Gomoimunn was nicknamed Spiderman by his unit; however, in an interview with Stars and Stripes, he said he was acting only as a husband and father, and not as a superhero, that day.

“If my wife and kids were stranded in a fire and I wasn’t able to do anything. I would pray for someone who could,” he said.