Texas lawmakers introduced legislation last week that would allow medics and firefighters statewide to carry handguns when responding to 911... 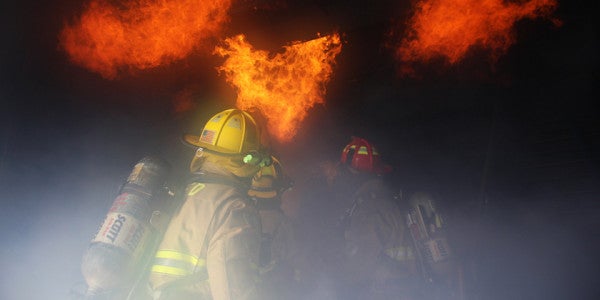 The proposed legislation, House Bill 435, would give firefighters and emergency medical services personnel with handgun permits the option to be armed while on duty, but would not require them to undergo additional firearms training. The bill would also allow volunteer emergency workers to carry.

Firefighters and EMS crews are often first to arrive on the scene, Captain Rick Rutledge, of the Austin-Travis County EMS, explained in an interview with KXAN. “You never really know what you’re getting into,” he said. “There are certainly risks.”

The country was reminded of those risks on March 16, when an New York Fire Department emergency medical technician, Yadira Arroyo, was killed in the Bronx, New York, after a man stole her ambulance and used it to run her over. Arroyo’s partner was also injured in the attack.

Whether the incident factored into the decision to propose the bill is unclear — Flynn cited “hostility towards first responders” as the reason — but the intent is to give firefighters and EMTs who find themselves in similar situations the option of shooting their assailants.

“What we’re finding out is often, someone will set up an attack,” Flynn said. “They’ll set up a fire just to go after people that they don’t like.”

Attacks on emergency workers don’t appear to be as common as Flynn suggests. Or at least not according to the available statistics.

The National Fire Protection Association reports that of the 68 firefighters who died in the line of duty in the United States in 2015, only one was murdered. Meanwhile, Arroyo was the first EMS professional or volunteer to be murdered in the United States while on duty this year, according toEMS1.com, a website that tracks EMS deaths. No paramedics or EMTs were murdered in 2014 or 2015.

A much more immediate threat faced by the first-responder community appears to be suicide: A 2015 study found that EMS providers report a 10 times greater rate of suicidal thoughts than the general U.S. population.

Not everyone in Texas is on board with the idea of allowing firefighters and EMS personnel to carry handguns on duty — most notably, Chris Barron, the executive director of the State Firefighters and Fire Marshals’ Association of Texas. “We are not trained in law enforcement,” he told KXAN, adding that police are usually on scene or close by when emergency workers arrive.

Rutledge is also wary of the proposed legislation. Like Barron, he believes the job of security should be left to those who are trained to protect.

“You cannot manage a weapon effectively and still manage all the medical gear and equipment and things we need to do,” he said. “So our belief at this time is that it’s not something that fits here.”