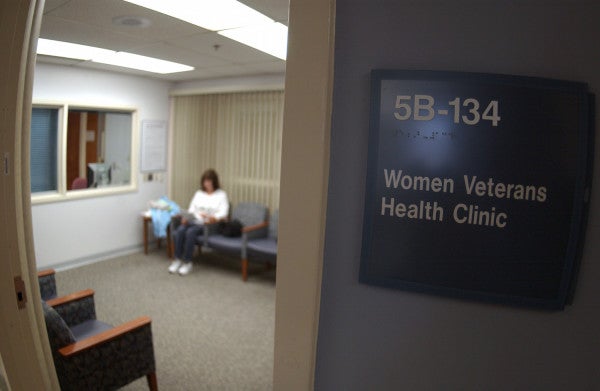 In 1966, at 26 years old, decorated nurse and Vietnam veteran Sarah Blum joined the U.S. Army, drawn to serve by the daily news reports on the radio.

The Atlantic City, New Jersey, native joined as an operating room nurse and was eventually assigned to the 12th Evacuation Hospital in Củ Chi, a district outside Ho Chi Minh City — the location of several military campaigns, and most notably, the base of operations for the Viet Cong’s violent Tét Offensive in 1968.

“My year in Vietnam changed everything,” said Blum, now a nurse psychotherapist treating post-traumatic stress and author of the book, “Women Under Fire: Abuse in the Military,” a collection of women veterans’ accounts ranging from World War II to present day. “I had lived through war and its effects in a life-threatening situation for a full year and was used to high intensity.”

“My own transition was very difficult,” she told Task & Purpose. “I was five months pregnant and a qualified nurse from a high leadership position in the military, but could not get a job at home. When I got out … I was completely out of sync with society.”

Not much has changed for veterans today.

While both male and female veterans face similar transition issues or trauma experienced during combat, as well as a culture of sexual violence — 5% active-duty women and 1% of men reported being the victim of sexual assault in the active-duty military last year — the long-term effects and homecoming for women is significantly different.

Nearly 280,000 women have served since Sept. 11, and almost 9% of those women are unemployed, facing homelessness at twice the rate of non-veteran women. The VA estimates younger female veterans kill themselves 12 times as often as non-veterans, rapidly approaching the male veteran suicide rate.

A survey published last year by Disabled American Veterans offered some insight into why these numbers are so high, despite the major gender shift of post-9/11 veterans engaged in the wars in Iraq and Afghanistan. Female veterans often have higher rates of mental health issues due to trauma-related experiences, more child care responsibilities, and the added stressors that come with a lack of sustainable employment.

Many of these challenges are exacerbated by civilian populations that don’t understand the problems female veterans face specifically, or the more generally, fail to understand women’s increasing presence in the military.

“It’s a regular thing to be told I’m too pretty to have served in the military, let alone war,” said a respondent in a recent survey released by nonprofit veterans organization The Mission Continues. The survey addresses the common perception and misconception of females in the military.

In my own experience, I regularly receive misguided comments about my military service and veteran status: mystified confusion, filled with highly subjective, backhanded compliments on why my physical appearance discredits me as a service member, especially if I deployed to a warzone.

Disbelief that a woman may be a veteran comes in all sorts of unfortunate forms.

Just this year, a female Air Force veteran was accused of being a civilian who wrongly parked in a “veterans only” spot at a North Carolina grocery store. A supposed wounded vet signed the note.

“Unfortunately, many communities still do not understand that 15% of our military are women and are not conscious of the women veterans in their midst,” said Blum.

Women have served our country since its beginning. Women were never subjected to the draft; they have always volunteered during wartime. Nearly 10 years ago, Army veteran and author Kayla Williams addressed the issues surrounding the public’s perception of female veterans in her book, “Love My Rifle More than You.” A decade later, servicewomen have excelled in male-dominated career fields, are regularly awarded medals for bravery, and have proven themselves competent in combat zones where they faced the same risks as their male counterparts.

So, how is it still so unbelievable and unexpected among many communities at the possibility of a woman being a veteran?

Journalist Gayle Tzemach Lemmon, who recently wrote a book about a team of servicewomen recruited by special operations to serve on combat missions in Afghanistan, says while a record number of women have been going to war since the Sept. 11 attacks, their war stories have yet to catch up with pop culture.

“Pop culture plays a huge part for any kind of change and America listening to the different story,” she told Task & Purpose.

Lemmon’s recent article in The Atlantic explores this cultural gap when it comes to women in uniform as reflected in television, movies, and literature. The culture of sexual violence in the military trumps the story of the women serving their country bravely and honorably. As the military grapples with the very real epidemic of sexual violence and harassment in its ranks, women veterans’ active presence down range is rarely seen in the handful of male-dominated, non-fiction war stories from the Iraq and Afghan wars.

“The reality of what it’s like to be a deployed soldier and on the battlefield has not been reflected in the way we see veterans,” said Lemmon. “Between reality and our perception; the reality of women in the military is even further divorced from the American public.”

For a country where less than 1% have served in the military, this limited view has consequences in how a society relates and understands its military.

“Whether you’re male or female transitioning out of the military is challenging,” Lemmon added. “But from what I’ve seen, it’s just that much harder when you’re female. People don’t think you’ve seen combat and that couldn’t be further from the truth in some cases.”

An equally sad reality is the dismissive mentality and invisibility women experience at VA centers. On a regular basis, I’m mistaken for a spouse of a male veteran, completely overlooked by healthcare staff, or cut in line by male patients oblivious to my presence.

“I have heard many women complain that when they are waiting to be served in line at the VA, the person taking down information will literally look past the woman in line to the men, as though, in their mind, only men are veterans,” said Blum.

Today’s female veterans also experience challenges in reclaiming a sense of self after years spent in uniform.

“My transition was similar to any combat veteran’s. I initially found myself in an angry place, trying to integrate myself into a world of non-veterans who had never served in a war.” veteran Amber Robinson told Task & Purpose.

“I was angry to hear people complain about mundane things in their lives. Meanwhile, I was comparing everything in my life to war.”

Robinson, a resident of San Diego and a former Army staff sergeant with multiple deployments to Afghanistan, said on top of the struggles to reintegrate, she had to learn to be a woman again after years in male-dominated units.

“I had depended on being ‘tough’ and aggressive in the service to get respect. Women in the service don’t realize they essentially learn to operate like a man,” said Robinson, who now is vice president and communications director for San Diego-based nonprofit American History Theater, which raises awareness of veterans issues, specifically issues affecting female vets.

While being tough and aggressive isn’t exclusive to one gender, they are a few of the characteristics necessary for anyone’s success in the military. Empowerment and support from strong women of all ranks was crucial to my success as a service member. It’s equally crucial to success outside the military.

Relating to other women and men who never served, or have little to no concept of the military, is challenging and often isolating. Even the most supportive and military-minded friends and family can be difficult to connect with. Personally, I was unable to effectively communicate my needs. I didn’t acknowledge and confront any of my combat-related and non-combat-related trauma. As a result I didn’t understand why I wasn’t functioning at my best.

Many veterans experience this hardship. For women, accessing female-specific health care, quality employment, and trauma-informed care come with some challenges when women struggle to even be seen as veterans in communities and aren’t functioning as the competent, highly skilled, and empowered teammates they served as.

“I think women veterans need a visible presence in their communities and a connection to the closest military base and create a liaison between them,” said Blum. “Any woman transitioning out of the military has a support group ready and waiting. That group of women veterans needs to have some kind of community presentation regularly about who they are and the needs of women veterans in the community.”

The nonprofit American Women Veterans advocates for awareness of the challenges women face when transitioning from the military offering childcare and housing resources, while Grace After Fire nationally assists with accessing education benefits and military peer networking support.

Employment opportunities for women can also be found at Hirepurpose, which connects veterans with military-friendly employers and partners.

While there are many more organizations available to assist female veterans, the biggest challenge may be taking the first step to reach out for help and support. Like many veterans, the pride felt as a service member is the same pride that may keep them from admitting and recognizing support is needed.

Every veteran transitions on their own terms with varying needs for themselves and their families. So to approach veteran transition issues with one-size-fits-all solutions ignores the diversity of the military community and the unique challenges they face during and after their service.

Women are a valuable part of that diversity that add positive growth and support, and bridge a deeper understanding of our military within the communities they return.

Advocating for female veterans to ensure they are fully recognized and cared for is not just a women’s issue, it’s everyone’s issue.