Poll: The Marine Corps Is The Most Prestigious Branch, But The Army’s Most Important 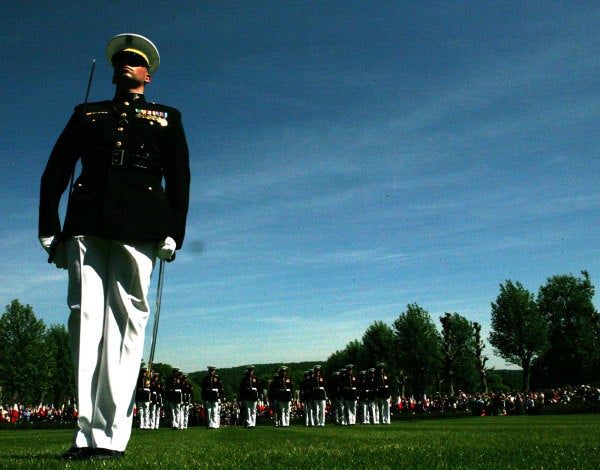 The opening lines of a classic Marine Corps running cadence were validated today in a new Gallup poll, which found that by a wide margin, Americans consider the Marine Corps to be the most prestigious branch of the U.S. military:

The Marines have long enjoyed a positive reputation. The image of the flag-raising on Mount Suribachi during World War II ingrained the Marine Corps in America’s national consciousness. Sure enough, then-Secretary of the Navy James Forrestal said at the time that “the raising of that flag means a Marine Corps for another 500 years.”

A few years later, President Harry Truman would write in a letter to a congressman of the Marine Corps saying, “They have a propaganda machine that is almost equal to Stalin's.”

Indeed, the military’s smallest branch seems to have the biggest reputation in America’s consciousness. But the Gallup poll further found that the American public views the Army as the most important branch of the military — representing a shift in perception from 2001 and 2002, when the Air Force was perceived to be more important — and is likely a result of 12 consecutive years of land warfare:

This statistical representation of America’s perceptions of its modern military is interesting and fodder for friendly trash talk between the branches, but its also fundamental to understanding the civilian-military divide as those 12 years of intense combat operations draw to a close.

Share your reactions to these numbers in the comments.