4 Recommendations For The Future Of The Total Army

After nearly two years of bitter skirmishes between the three components of the U.S. Army — Active, National Guard, and... 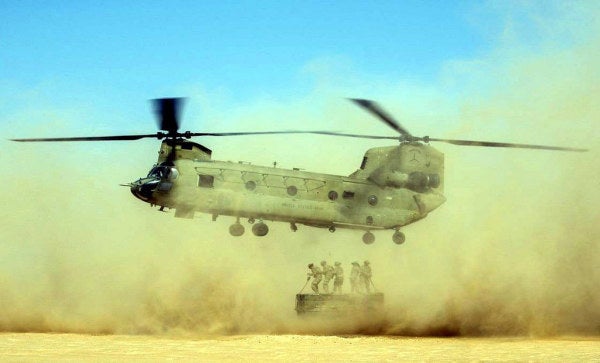 After nearly two years of bitter skirmishes between the three components of the U.S. Army — Active, National Guard, and Reserve — a congressionally mandated commission of retired Army leaders and Department of Defense officials will study the current force structure of America’s land force and make recommendations on its future composition. Though the National Commission on the Future of the Army was formed as a result of sparring between the three Army components and their interest groups, it presents an opportunity to create an Army capable of meeting the complex security threats our nation faces today and into the 21st century. With the Islamic State still controlling large swaths of Iraq and Syria, renewed uncertainty in Afghanistan and Russia’s perpetuation of “frozen conflicts” along its western border, the need for a decisive land force capable of meeting conventional, asymmetric and hybrid threats is as critical as ever. So how can the Regular Army, Army National Guard, and Army Reserve work better to achieving that end? Here are four recommendations for the National Commission on the Future of the Army to consider.

The Total Force traces its origins to the final years of the Vietnam War when political pressure to end the draft laid the foundation for the creation of an “all-volunteer force.” Despite the Total Force concept being more than 40 years old, it often receives more lip service and passing reference than doctrinal recommendations on how best to put it into practice. The Army Operating Concept provides few mentions of the reserve components, which mostly consist of vague descriptions for leveraging partner capacity programs such as the State Partnership Program or National Guard and Reserve functions in homeland defense and disaster response missions. If a Regular Army commander wants to know how to utilize a National Guard agri-business development team or a Reserve information operations unit for a deployment, he or she has no guidelines. Delineating the availability, readiness, and unique skill sets of each component in Army policy will reduce confusion surrounding the Total Force concept and ultimately allow the Army to provide the proper units for any mission.

2. Keep Apache helicopters in the National Guard and Reserve.

In 2014, the Army unveiled the Aviation Restructuring Initiative in order to cut costs and fill the capability gap left by retiring the Kiowa Warrior helicopter. The proposal would remove Apache attack helicopters from the National Guard and Reserve in order to backfill Regular Army units’ Kiowa losses. Despite providing cost savings up front, the initiative is a shortsighted program that removes strategic depth for attack aviation. By taking the Apaches from the National Guard and Reserve, the Regular Army will no longer have a pool of combat-ready attack aviation units to draw from. During operations in Afghanistan and Iraq, National Guard and Reserve attack reconnaissance battalions were deployed frequently, and in some cases, provided the only attack aviation assets in theater.

3. Provide a continuum of service across the components.

Generally, the Army tends to view career progression across components as mostly linear. A soldier or officer in the Regular Army is expected to stay on active duty, then either separate from the service entirely or join a National Guard or Reserve unit. Similarly on the National Guard and Reserve side, most service members tend to stay in a reserve status for the majority of their careers, with the possibility of federal activation or full-time service — usually still within the reserve components.

One of the best ways to increase cooperation and understanding between the three components is to make transitioning from one component to another seamless and beneficial to one’s career. Allowing a Regular Army captain to take company command of a National Guard or Reserve unit would greatly alter the preconceived notions that each component has for the others. Additionally, it allows for a greater exchange of experiences; Regular Army providing a more full-time perspective, while Guard and Reserve counterparts bring civilian experiences into the Regular Army environment. Further, allowing career flexibility at the company level ensures that the future leaders and noncommissioned officers have greater working knowledge of all the Army’s components.

Perhaps the greatest difficulty in implementing a continuum of service will be to create a personnel system that can handle the shift from one component to another, as well as reconciling issues with full and part-time pay and benefits. Despite the challenges, allowing Army soldiers and officers the ability to transition from one component to another and back again throughout their careers, without such action appearing as a “black mark,” would make the total Army a far more cohesive and effective force.

In the 1980s and 1990s, the Army had mixed formations of active and reserve units. These “round-out” units consisted of a Regular Army division filling personnel gaps with a National Guard brigade. Unfortunately, these units fell victim to misunderstandings due to inadequate training during mobilization for the Persian Gulf War, and their use decreased significantly in the years leading up to the Sept. 11 attacks.

The Army should look at examples from its sister branches and allies in how to effectively revisit round-out and multi-component units. The Marine Corps often rounds out Marine Reserve units with active-duty Marines and vice versa. In its “Army 2020” initiative, the United Kingdom has incorporated its army reserve into its overseas reaction force, and intends to have reservists fill out 10% of the force structure of overseas deployments. Multi-component units would not only allow for better equipment parity between active and reserve units, they also foster better working relationships between the three components. Active, Guard, and Reserve would be able to train together more frequently and identify key strengths and weaknesses of each component before being thrown into a deployed environment.

Round-out units do not have to be established at a division level either. For example, the Army could look to pair units based on geographical alignment and overseas deployments. If the 3rd Infantry Division sends a brigade to Estonia as part of Operation Atlantic Resolve, why not augment a company or battalion from the Maryland National Guard, which has conducted bilateral military training and exchanges since 1993?

As the National Commission on the Future of the Army continues its hearings and prepares its recommendations for the February deadline, it should take into account the gravity its findings will have on the 21st century Army. The commission has an opportunity to help shape a force agile and capable to responding to threats abroad, enhancing partnerships with our allies and support to civilian authorities at home. Despite calls in some circles for a “pivot” to the Pacific and a greater emphasis on air and naval capabilities — at times even downplaying the need for ground forces — the security threats of today and emerging conflicts of tomorrow demonstrate the need for the U.S. to maintain landpower dominance, as argued by David Barno and Nora Bensahel in a recent War on the Rocks article. A Total Force policy that capitalizes on the inherent strengths of each of the Army’s components — “first to fight” readiness and response from the Regular Army, combat depth and global partnerships from the National Guard, and combat support and enabler expertise from the Army Reserve — will create an Army that can meet current and future national security needs, all while maintaining a cost-effective force in today’s fiscally austere environment.

The commission will also present its findings to a new Army secretary, undersecretary and chief of staff, some of whom have already expressed interest in increasing collaboration between the three components. Army Chief of Staff Gen. Mark Milley has indicated his interest in changes to enhance the Total Force, proposing a return to round-out units, doubling the National Guard’s annual rotations to the Combat Training Center and potentially reforming the century-old 39-day training calendar used by the bulk of National Guard and Reserve soldiers.

Reforming the Army is a national security imperative, and a divided and fractured land force will not be able to meet America’s security needs. After all, as Milley stated, “There is only one Army.”